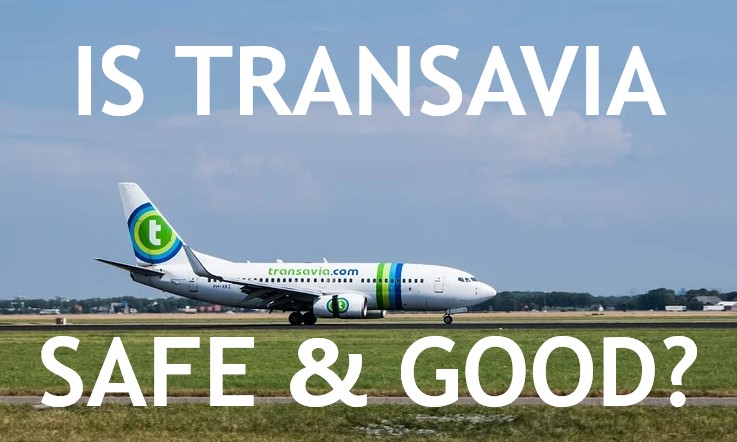 Transavia is an established low-cost airline based at Amsterdam Airport Schiphol in the Netherlands. The carrier serves mainly leisure destinations in Europe, Africa and the Middle East. It offers an average standard of service and has a relatively good safety record.

Transavia offers average products and services to its customers. Seats on the airline’s fleet of Boeing 737s offer 29-inch pitch, and cabins are maintained to a good standard. Generally, staff offer essential services at a relatively good standard. Travellers, however, often find little genuine hospitality as illustrated in customer reviews used by Skytrax to rate airlines.

Skytrax is an industry leader in rating airlines. Transavia is Certified as a 3-Star Low-Cost Airline in its ratings of airlines around the world. The rating is based on the quality of the airline’s airport and onboard experiences. This includes cabin comfort and cleanliness, onboard food and beverages, baggage and seat fees, and other criteria.

Only a few incidents involving Transavia

Since operating its first flight between Amsterdam and Naples in 1966, Transavia has never suffered a fatal accident. It has also never had a loss of aircraft due to an incident. There have only been two incidents where aircraft operated by the Dutch airline were damaged, although both planes were not damaged beyond repair.

In 1997, the aircraft operating Transavia Flight 484 was damaged while flying from Salzburg to Amsterdam. The Boeing 737-300’s push/pull rod on its elevator broke off, which damaged the aircraft’s rudder. The incident required an emergency landing. The plane landed safely at Nuremberg Airport.

Also in 1997, Transavia Flight 462 experienced damaged during a rough landing. The Boeing 757-200 was flying from Gran Canaria on the Canary Islands to Amsterdam Airport Schiphol. The aircraft touched down hard due to strong, gusty winds in Amsterdam. The landing gear was seriously damaged during the landing. Although the aircraft slide about 3 kilometres along the runway, there were no serious injuries. The plane was repaired and returned to service.

Two of the world's busiest airlines are KLM and Cathay Pacific. They have many features in common and generally provide high-quality services. However, Skytrax ...
Read More
Travelling to Amsterdam

Turkish Airlines or Qatar Airways – Which is better?

Both airlines operate flights to approximately three hundred destinations around the world. You can fly in first class with Qatar Airways, but Turkish Airlines ...
Read More
Travelling to Amsterdam

How much time does it take to fly from Salt Lake City to Amsterdam?

Approximately two-thirds of the seats in KLM's daily flights are in Economy and Economy Comfort. They are the two lowest categories. The difference between ...
Read More
Travelling to Amsterdam

How many hours is a flight from Seattle to Amsterdam?

The first flights between Seattle-Tacoma International Airport (SEA) and Europe were offered by Pan Am. Starting in 1961, the airline operated non-stop flights to ...
Read More
Travelling to Amsterdam

With its Headquarters in Atlanta, Georgia, Delta Airlines is one of the major airlines in the USA. The airline operates over 5400 flights on ...
Read More
Travelling to Amsterdam

British Airways and Virgin Atlantic are the United Kingdom’s leading airlines. Both airlines offer similar products, although there is one significant difference. Comparing inflight ...
Read More
Travelling to Amsterdam

What is the legroom on Cathay Pacific Economy?

Founded in 1946, Cathay Pacific has a rich history that sees it serve more than ninety destinations spread across thirty-five countries. The countries it ...
Read More