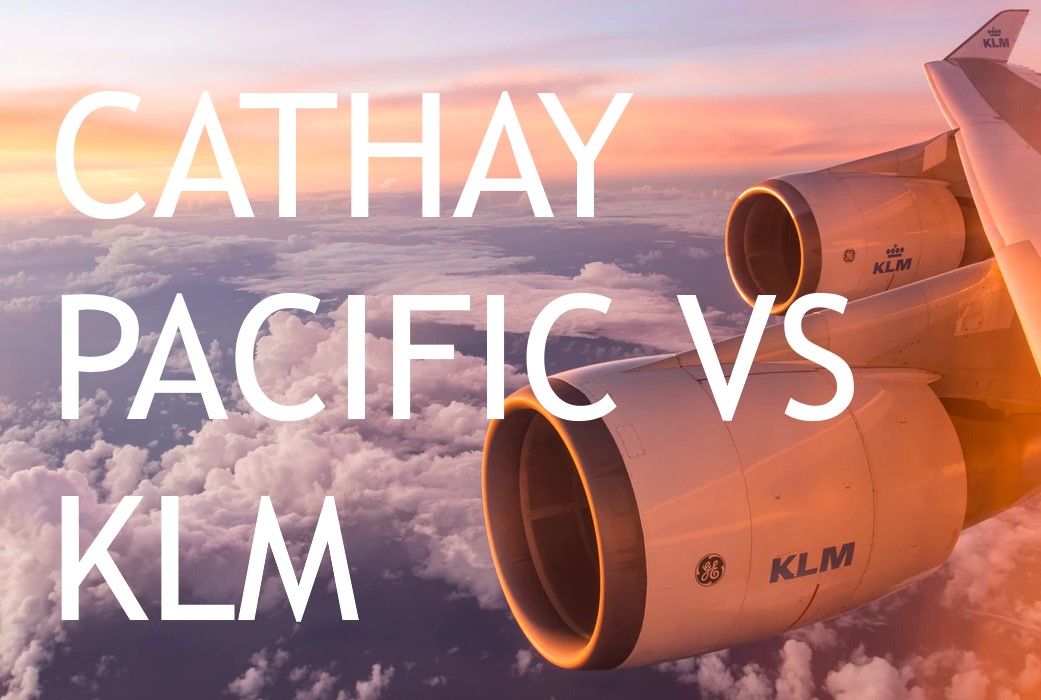 Two of the world’s busiest airlines are KLM and Cathay Pacific. They have many features in common and generally provide high-quality services. However, Skytrax has awarded Cathay Pacific an overall rating of five stars compared to KLM’s four.

What are Skytrax Ratings?

The auditing company, Skytrax, analyses the services provided by the world’s airlines. The professional ratings system was introduced in 1999 to improve standards and help passengers make an easy comparison between airlines. Skytrax considers a wide range of services such as airport facilities, staff enthusiasm and the standard of in-flight meals. One Star is the lowest rating and Five Star is the highest. A Four Star rating indicates an airline provides a very good quality service. But a Five Star rating is awarded to an airline that’s considered to provide an excellent service throughout a passenger’s entire flight.

KLM is also known as the Royal Dutch Airline. It was founded in 1919, making it the world’s oldest airline company. KLM is based at Amsterdam Schiphol Airport. Cathay Pacific is also one of the world’s longest serving airlines. It was established in 1946 and has a home base in Hong Kong. Both airlines operate fleets of approximately 230 aeroplanes which are mostly Boeings. They both have flights to ninety global destinations and usually carry up to thirty-six million passengers each year.

Providing a comfortable lounge where passengers can relax before their flight is a priority for both airlines. KLM have several Crown lounges at Amsterdam Schiphol. The Business Lounge Crown 52 was completed in 2019. It’s bright, spacious and has an attractive interior arranged on different levels. Cathay Pacific has six lounges at the Hong Kong Airport. Each one has a sophisticated, contemporary design. However, Cathay Pacific gains Five Stars for many features such as providing a soothing ambience and attentive members of staff.

KLM and Cathay Pacific offer comfortable seats, high-quality menu choices and a wide variety of in-flight entertainment. Yet in many areas, Cathay Pacific rate slightly higher than KLM. The airline provides additional personal space and privacy for passengers in the Business category. There can often be six main courses to choose from on the flight compared to just two from KLM. Both menus include desserts and wine. Both airlines perform equally well in providing a personalised service. But the Cathay Pacific members of staff have superior language skills and are generally very efficient.

Whichever airline you choose, the flight from beginning to end should be an enjoyable experience. The lounge facilities at both airports have been designed to impress. They are practical, comfortable and provide an extensive menu. The amenities onboard a KLM flight combine practicality with comfort. Cathay Pacific staff members are rated higher for their outstanding efficiency. But Skytrax awards Four Stars for staff friendliness and enthusiasm for both airlines.

Qatar Airways or Virgin Atlantic – Which is better?

Virgin Atlantic is noted for its relaxed cabin atmosphere and dedicated crew. Qatar Airways presents an image of efficient sophistication. These two airlines are ...
Read More
Travelling to Amsterdam

Etihad Airways vs Air India – Which is better?

While flights remain the fastest means of transport if you are running out of time, flying nowadays is not as comfortable as before. To ...
Read More
Travelling to Amsterdam

What is the legroom on Emirates Economy?

Emirates is one of the world’s largest airlines. The airline’s airplanes fly to about 160 destinations across the world including Asia, North America, Europe, ...
Read More
Travelling to Amsterdam

What is the legroom on KLM Economy and Economy Comfort?

KLM has two economy options, namely Economy and Economy Comfort, both of which have their own special features, such as:   Economy class on European flights ...
Read More
Travelling to Amsterdam

Transavia is an established low-cost airline based at Amsterdam Airport Schiphol in the Netherlands. The carrier serves mainly leisure destinations in Europe, Africa and ...
Read More