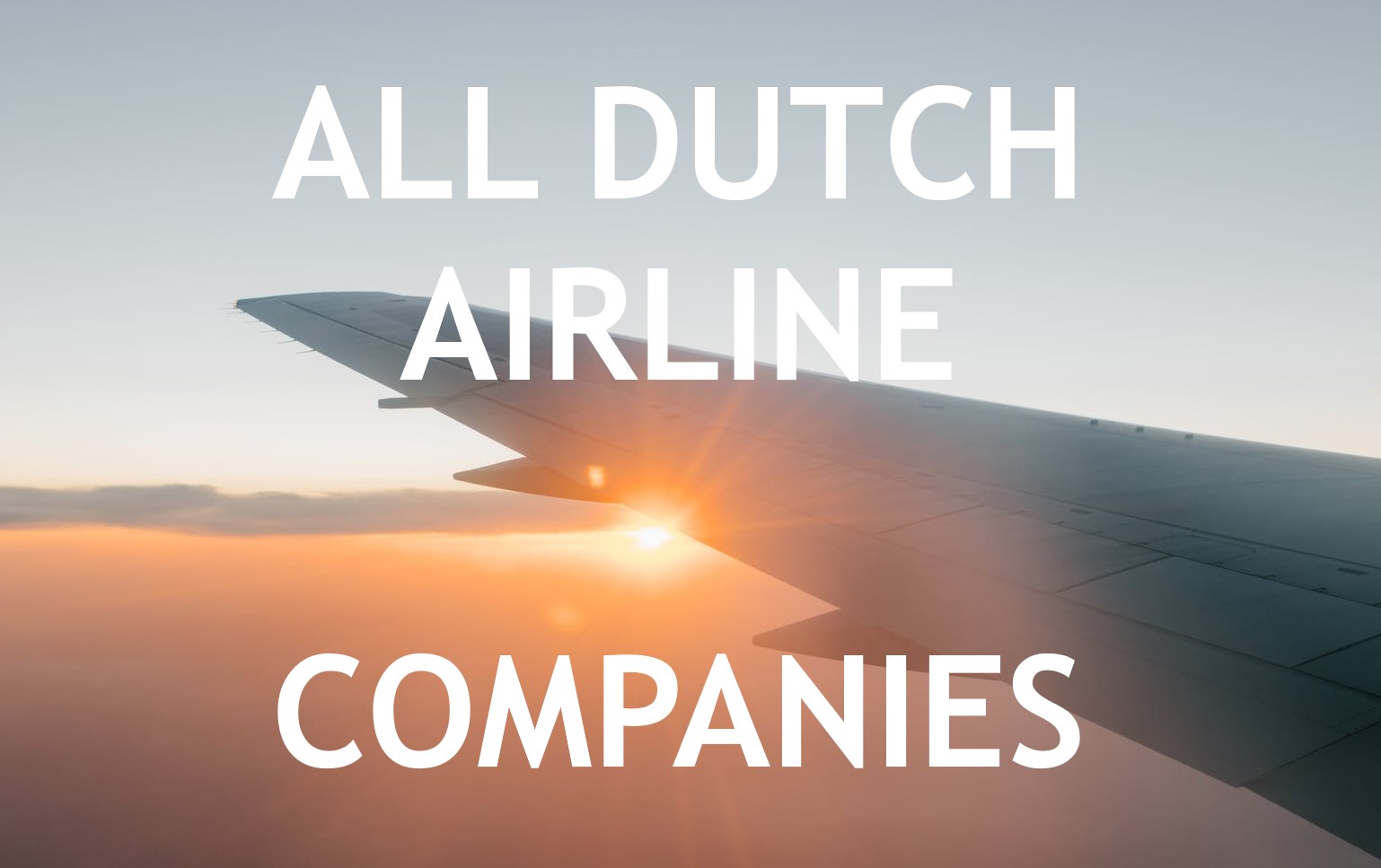 KLM alias Dutch Royal Airlines, is the world’s oldest airline. Formed in 1919, it was awarded royal status by Queen Wilhelmina. KLM operated the first passenger flight in 1920. A record was set in 1934 when KLM became the first airline to cross the Atlantic. KLM merged with Air France in 2003, but the companies continue to operate independently. KLM’s large fleet is based at Amstelveen. Daily flights from Amsterdam Schiphol airport travel to worldwide destinations.

City Hopper was formed in 1991 as a subsidiary of KLM to provide short European flights. Destinations include Dresden, Southampton and Genoa. The company’s headquarters are at Haarlemmermeer. City Hopper enjoys active royal support. Since 1996, the King of Holland, Willem-Alexander, has regularly worked as a co-pilot.

AIS was established as an aviation training school in 2009. The transition was eventually made to passenger flights. AIS operates from a base in Lelystadt. Destinations are generally confined to Sweden and Germany. AIS city connections include Torsby, Stockholm, Hagfors, Stuttgart, Munster and Berlin.

Transavia has been offering inexpensive flights since 1966. The company is based in Amsterdam, Eindhoven and Rotterdam. The company’s first fleet consisted of fourteen previously owned Sud Caravelles. Transavia’s current fleet of Boeings regularly fly to many destinations. These include Finland, Cyprus, Morocco, Beirut, Jordan and Gambia.

TUI was first established in 1981 as Air Holland. More than twenty years later the name was changed to TUI. Flights usually leave from Amsterdam Schiphol. There is currently a fleet of eight aeroplanes. There are flights throughout the Mediterranian, the Middle East, the Caribbean and Mexico.

CHC was established in 1945 under the name of Schreiner Airlines. It uses six aeroplanes based at Schiphol and Den Helder Airport. Flights are frequently provided for oil companies.

Martinair was formed in 1958, originally offering passenger flights. Since 2011, it has concentrated only on cargo. The airline currently operates one Boeing 747. Destinations include South and Central America, Miami and Africa.

Qatar Airways or Virgin Atlantic – Which is better?

Virgin Atlantic is noted for its relaxed cabin atmosphere and dedicated crew. Qatar Airways presents an image of efficient sophistication. These two airlines are ...
Read More
Travelling to Amsterdam

Etihad Airways vs Air India – Which is better?

While flights remain the fastest means of transport if you are running out of time, flying nowadays is not as comfortable as before. To ...
Read More
Travelling to Amsterdam

What is the legroom on Emirates Economy?

Emirates is one of the world’s largest airlines. The airline’s airplanes fly to about 160 destinations across the world including Asia, North America, Europe, ...
Read More
Travelling to Amsterdam

What is the legroom on KLM Economy and Economy Comfort?

KLM has two economy options, namely Economy and Economy Comfort, both of which have their own special features, such as:   Economy class on European flights ...
Read More
Travelling to Amsterdam

Two of the world's busiest airlines are KLM and Cathay Pacific. They have many features in common and generally provide high-quality services. However, Skytrax ...
Read More