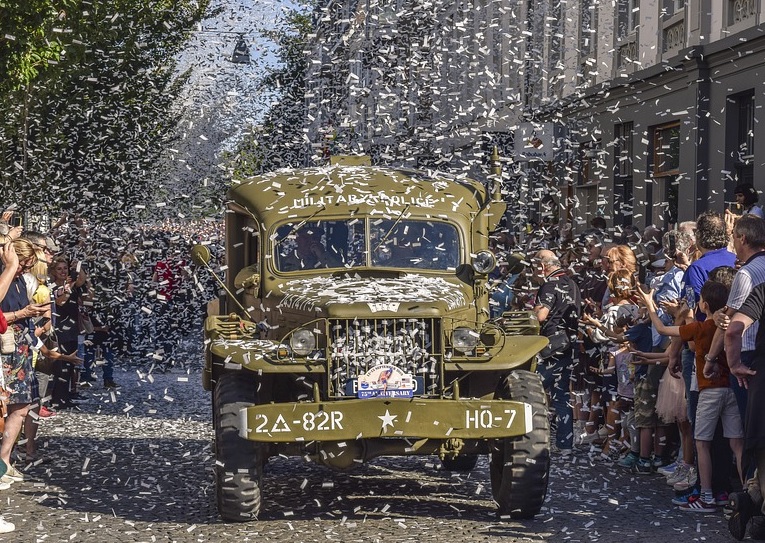 The Nazi occupation of the Netherlands began in May 1940 and would last until the end of the war. In this time Amsterdam bombed is a few times.

After the Normandy landings in the summer of 1944 the Allied forces quickly advanced into the Netherlands. The First Canadian Army were put in charge of the operation of liberating the Dutch. They opened up the port of Antwerp for allied use before going on to clear the North and West of the country of Germans.

In October and November 1944 The Canadians were joined by the British in a fight to free the estuary of the Scheldt River. This allowed Allied cargo ships to enter the port at Antwerp on 28 November 1944.

The Canadians and British were bolstered by more Allied troops made up of Polish and American soldiers. This combined fighting force continued the fight against the Nazis liberating towns and villages as they went.

It was these combined forces that would eventually liberate Amsterdam. The Nazis would surrender on 5 May 1945, finally freeing the Netherlands from the Nazi occupation. Two days later the war would come to an end. However at the 8th of May there was true peace in Amsterdam.

Although the liberation of Amsterdam was carried out by Allied troops from Canada, Britain, America, and Poland the operation was led by the Canadians. Canada supplied the most manpower for the liberation of Amsterdam. Over 7,600 Canadians died liberating the Netherlands, they are buried in numerous graveyards throughout the country. The summer of 1945 is sometimes referred to in Amsterdam as the Canadian summer and relations between the two countries have remained strong ever since.

As a result of WW2 liberation every 5th of May freedom is thankfully celebrated in Netherlands.

By the way: If you are going to travel to Amsterdam, here might be some fantastic and fun deals for you.

Also known as the Venice of the North, Amsterdam is not only the most populous city in Holland, but also Holland’s commercial hub. For ...
Read More