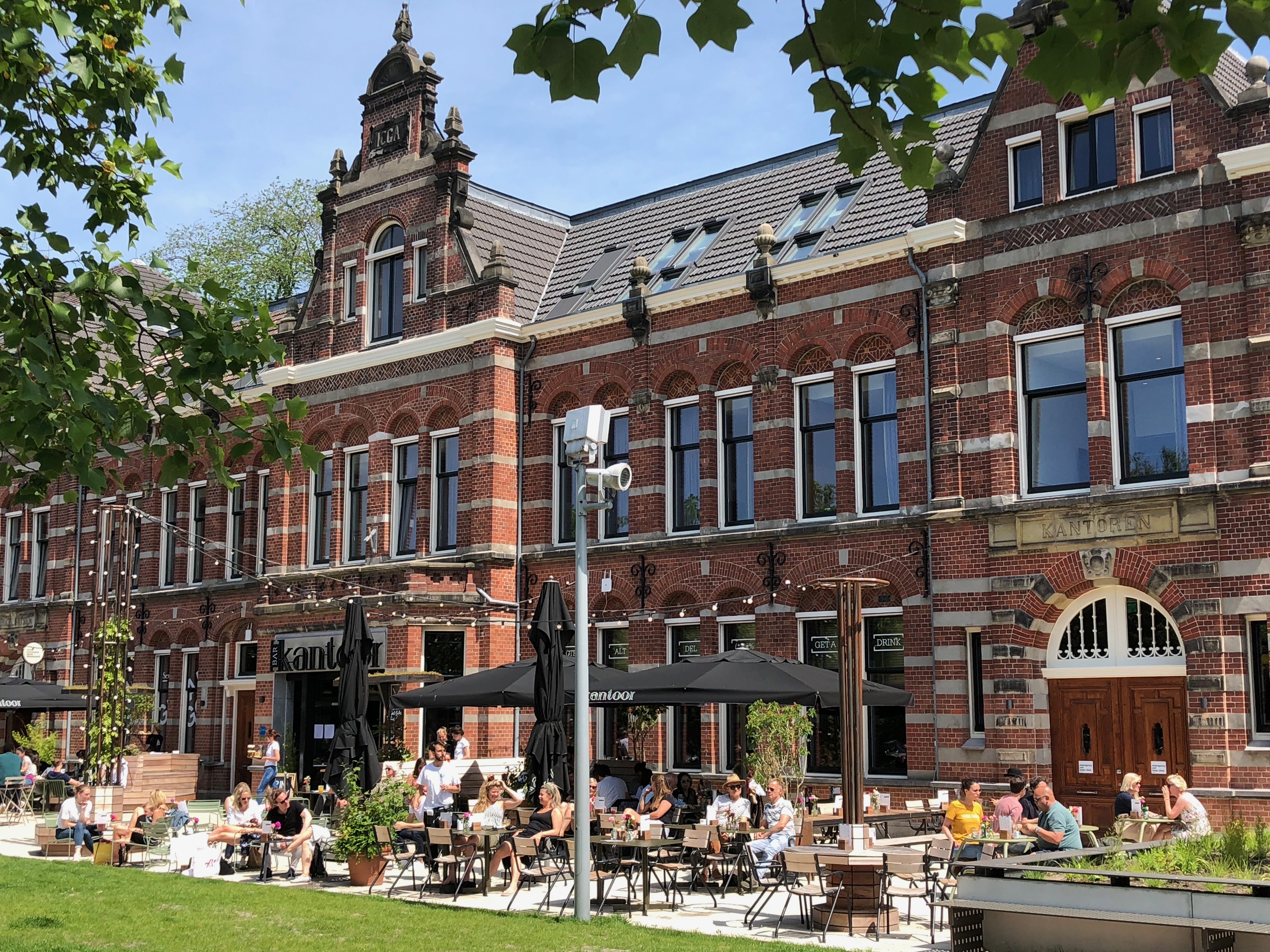 Visitors to Amsterdam wanting to find out more about the history of the city and its culture will find the numerous museums and architecture fascinating. The exhibits too, give the visitor a thrilling glimpse into the lifestyle of the people that lived in the city.

Look at Westergasfabriek for instance – who could ever believe that today’s buzzing complex was once the city’s gasworks? Who could believe that the unattractive, bland industrial buildings could undergo such a drastic metamorphosis and become a vibrant, colourful hub of trendy restaurants, bars and entertainment venues?

The Westergasfabriek used to be a factory all those years ago and was constructed in 1885 so as to produce gas. It was at the end of the 19th century that the Imperial Continental Gas Association built two coal gas factory complexes – the Ooster Gasfabriek and the Westergasfabriek.

It is enthralling to note that this gas was required to light up the streets of Amsterdam. Isaac Gosschalk designed the buildings, being a prominent Dutch architect at that time and he also designed the Heineken Brewery. With the modernization of the city, the gas plant was no longer needed. Gas production was gradually reduced because the City Council was sourcing more of its gas and the Westergasfabriek ceased gas production gas in 1967.

Entrepreneurs see the possibilities at the Westergasfabriek

It is expected that when the factory shut down, the area was dreary and also quite polluted, and everyone wondered what the area could possibly be used for. It was used for storage at first, and then from1992, the buildings were a sought after space for creative and cultural activities. All kinds of hopeful entrepreneurs flocked to the site.

A number of renters started moving into the Westergas terrain and it wasn’t long after that events were being organised and shop owners were enquiring about space and rent. The ugly gasworks were turning into a spectacular venue, and even the council started spending money on cleaning up and renovations. It cost in the region of 31 million euro but everyone agrees that the change has been well worth it.

A permanent cultural zone is born at the Westergasfabriek

Suddenly Westergasfabriek was looked upon in a new light and regarded as the perfect location for hosting all manner of events. It became a fantastic meeting place for those looking for entertainment so that it wasn’t long before the area turned into a permanent cultural zone.

No longer drab and uninteresting, the Westergasfabriek provides a new surge of life and energy and instead of being an eyesore and a source of pollution, the entire Westergasfabriek area is looked upon as an asset to the local area.

When redevelopment of Westergasfabriek commenced, it was in 2003 that the old gasworks opened with a new look and new purposes. At first, during the 1990s, you could find house raves there. Further renovations saw the place being totally upgraded and today there is everything to attract excitement seekers. There are restaurants and bars, clubs and music festivals, coffee bars, ice cream shops, a kid’s pool as well as a cinema.

Turning into a cultural complex, you won’t only find lots of shops to keep you shopping, there are heaps of cultural events, exhibitions and festivals happening as well.

The Gashouder and the Westergasfabriek

The Gashouder is one of the venues for huge exhibitions and live shows. You could say that this is the most iconic building on the site, and it is certainly impressive, covering more than 2500 m2 and showing off a spectacular cast-iron ceiling.

It was built in 1902. Much investment has gone into ensuring insulation and LED lighting for the place. It is also what makes Wesdtergasfabriek so attractive to patrons – they see that in upgrading the old gas works, the new cultural centre is one of sustainability.

Westergasfabriek Amsterdam is full of surprises and has something to offer every visitor. It is a wonderful place to visit for the weekend or longer. It has much to offer locals and the tourist who can be guaranteed a fun-filled time.

By the way: If you are visting Amsterdam, here might be some fantastic and fun deals for you.