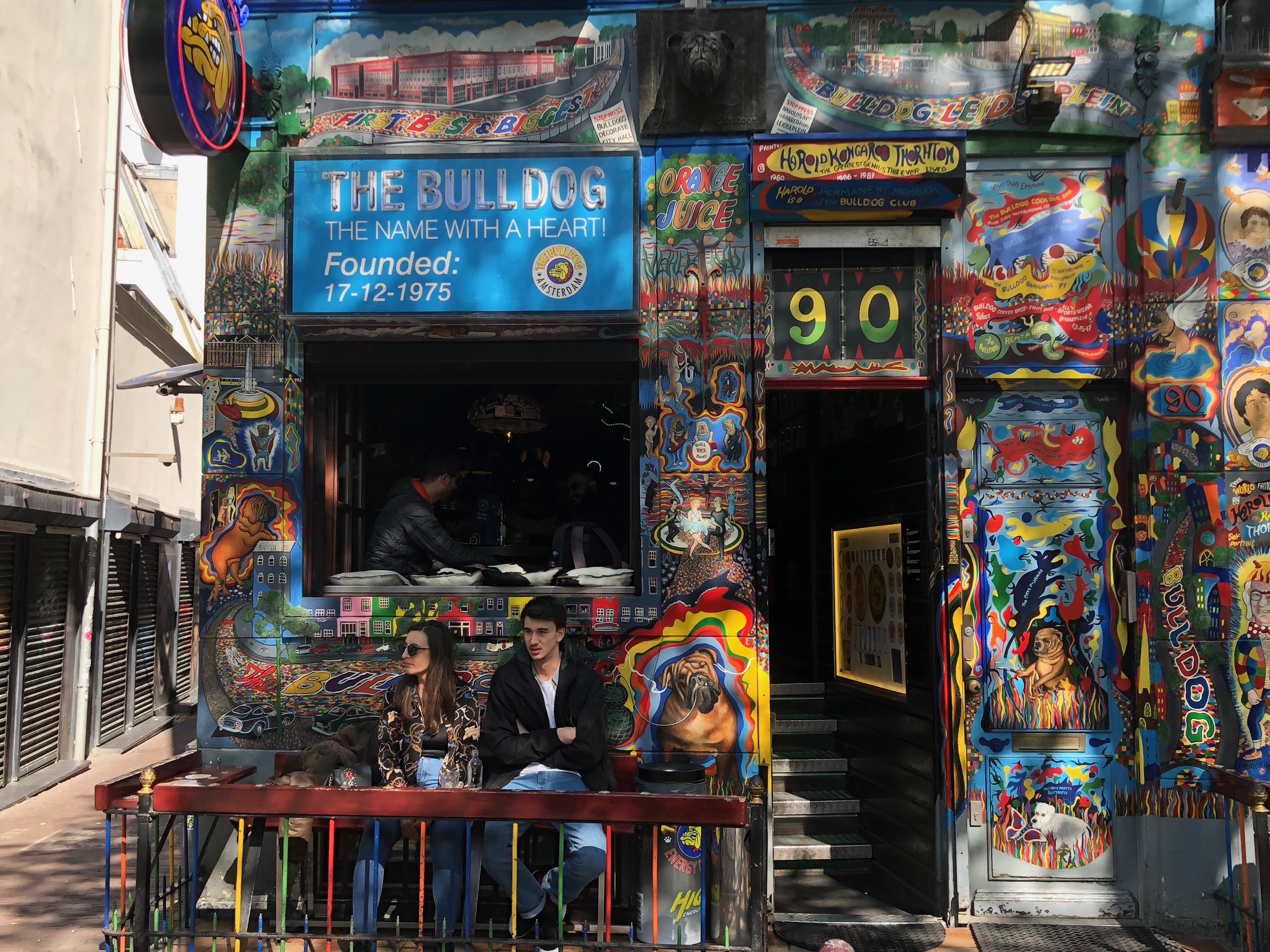 Amsterdam’s Red Light District is well known worldwide for its rather unique, legalised approach to adult entertainment. Cannabis cafés, brothels and strip clubs now abound from a tumultuous, yet fascinating, history of legalisation and demonization of adult services.

What is now known as the Red Light District began along the banks of the river Amstel around the 13th century. It is located in an area known as De Wallen, so-called due to the walls built along the river, which included gates that could be opened or closed to prevent flooding. In modern times De Wallen is mostly land, but originally the area was situated very close to docklands, leading to it becoming a popular area for traders, sailors and prostitutes. This led to the area developing its reputation that has persisted in some state throughout the centuries.

Prostitution has been variously legalised and criminalised throughout the history of the Red Light District. One of the most historically notable turning points occurred in the late 16th century in what is known as the Dutch Revolt. The revolt encompassed many events spanning 80 years (and is sometimes consequently referred to as the Eighty Years’ War) but the result for the Red Light District was that the victorious Protestants outlawed prostitution. Sex work continued, but it drove what was a tacitly accepted trade underground.

Napoleon and the Red Light District

Prostitution continued on an informal and underground basis until Napoleon conquered the area in the late 18th century. Under Napoleonic rule, prostitution was legalised, with additional regulations put in place. Napoleon was a powerful military leader and did not want prostitutes to pass on diseases to his soldiers. A registration system was enacted and compulsory health checks were introduced to help prevent the spread of diseases, primarily syphilis, which had no contemporary cure.

Though Napoleonic rule was short-lived, it wasn’t until 1911 that the next major shift in the history of the Red Light District occurred. Prostitution remained legal, but brothels were outlawed, forcing the trade to once again be conducted on the streets. An unusual system developed which helps explain why the Red Light District is famous today for its prostitutes advertising their services behind large glass windows. Prostitutes were forbidden from offering their services in doorways, but police allowed them to stand behind a window with curtains drawn, peeking through small openings looking for customers.

Throughout the rest of the century, this somewhat bizarre practice continued to evolve as attitudes slowly relaxed once again. Women began to show more through the curtains to entice patrons in, until 2000 when brothels were once again legalised. To this day, brothels are legally registered with the government, as are prostitutes who rent out rooms in the brothels as independent contractors. 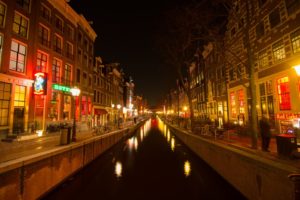 Project 1012 was launched in 2007, named after the area’s post code. Its aim was to improve the seedy reputation of the area and involved gentrification projects that brought in new businesses, like restaurants, cafés and boutiques, and attempted to drive out crime. Brothels still existed, but their numbers were significantly reduced.

This led to prostitutes taking to the streets in protest in 2015 in opposition to the government closing down so many window brothels. Some window brothels have since reopened and others have closed down. Various initiatives exist, such as My Red Light, that is aimed at empowering prostitutes to run their own window brothels while keeping organised crime out.

Today the Red Light District is known worldwide as one of the safest places to conduct legal prostitution, with regular police patrols, mandatory registration and health check-ups all helping keep the area safe for both prostitutes and patrons alike.