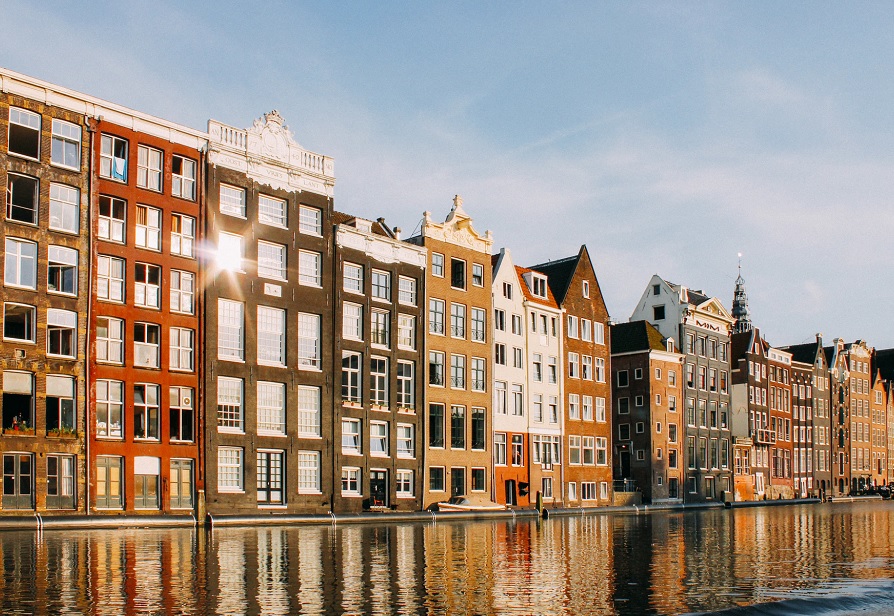 Also known as the Venice of the North, Amsterdam is not only the most populous city in Holland, but also Holland’s commercial hub. For centuries, Amsterdam has been a crucial center of history for the Netherlands, with its numerous canals holding all the history of how it was built. Just like the 17th century the city still plays a crucial role in world’s economy. But how was Amsterdam built?

Basically, Amsterdam was founded in the thirteenth century as a fishing village. Just like many other fishing villages in Europe, there was nothing special about Amsterdam. However, at the end of the 14th century the need for a dam along the river Amstel made the tiny village stand out from the rest.

In the 14th and 15th century, the city of Amsterdam saw a surge in development, thanks to the construction of the Amstelledamme dam. Many buildings started sprouting up around the city. A vast majority of these buildings were built from wood, thus making them vulnerable to strong winds. However, some of the medieval buildings made from wood still exist to date e.g. The Houten Huis and the old churches. This rapid development paved way for the Golden age. Bigger buildings needed piles into the ground to compensate for the soil being almost fully saturated with water.


Piles reaching stables layer in the ground to avoid a floating city?

Back in the days they used wooden piles to build house, the piles reached until about 15 or 25 meters deep into the ground hitting a more stable layer of sandy soil. Modern large buildings are often firmly attached to the layer of boulder clay at -60 meters with concrete piles.

Apart from this necessary foundation in constructing, you can’t say Amsterdam would really be floating without it.

The golden age of Amsterdam saw the city flourish trough trade, science and art. As expected, population in the city doubled from around 30,000 inhabitants to 60,000. The bustling trade and art brought in more people to the city, who were mainly workers or traders, who settled in Jordaan. Although Jordaan was a mere working class district in the Golden age, it is today prime vicinity characterized by opulence and wealth.

The year 1672 marked the end of the Golden age for Holland. This is because it faced attacks from two fronts (both the French and English). Even so, the city remained firm to consolidate its flourishing trade and art. Due to this, the city flourished even more to build more sophisticated houses characterized by gold and silver. Although there was a recession and decline in trade and development in the 17th century, Amsterdam continued to hold on as a trading powerhouse in Europe.