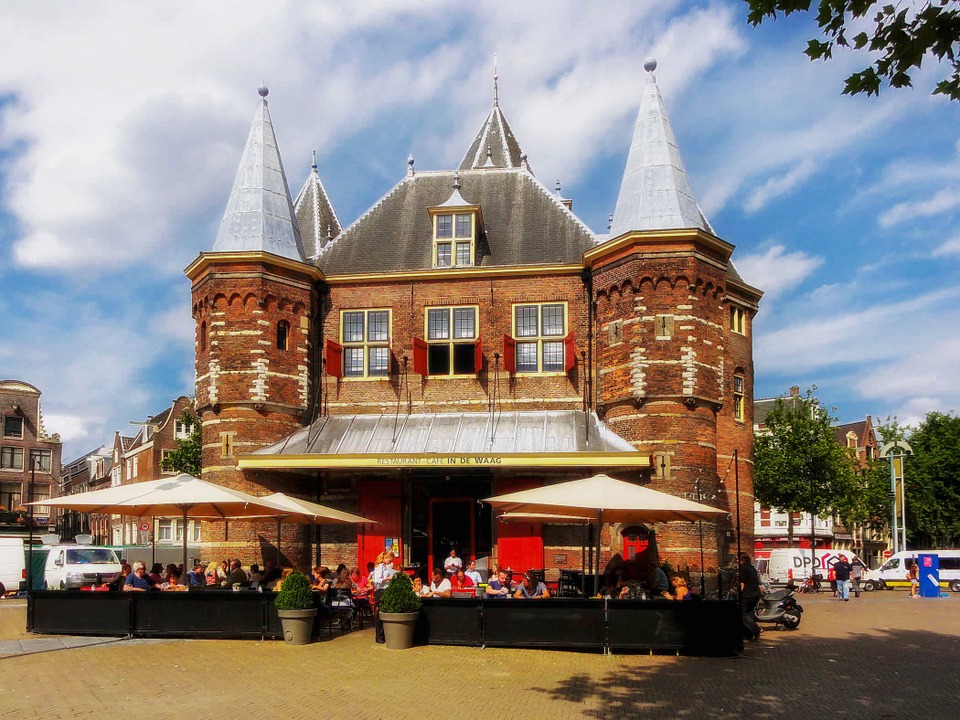 The Nieuwmarkt was created in 1614 when the canals around the Waag were overcrowded. This means that buildings were built over it. De Waag, which is actually called Sint Anthoniespoort, also lost its defensive function during this time since the city was expanded with the Lastage. The gate became the waag and the square in front of the waag became a market.

A waag is a weigh house where goods were weighed. It was also written as waeghe or waech. The right to a wagon was one of the city rights and traders were obliged to weigh products such as cheese and butter in the city wagon. A minimum weight of 10 pounds often applied. A good waag promoted fair trade, indispensable for the city as a reliable trading center.

Many Jews lived in Sint Anthoniebreestraat and Nieuwmarkt. During the Second World War, the Zuiderkerkhof and Nieuwmarkt were used by the Germans as a gathering place for the deportations of Jews. But Jews were also executed. This only came out only when the metro was built and mass graves were discovered.

Nieuwmarkt after the war

After the liberation of the Germans, the square quickly became too small for an annual funfair with increasingly large attractions. In the 1970s, the fair was once again the scene of murder and fights, after which it was permanently relocated to Dam Square.

After having served as a parking space for a number of years, the Nieuwmarkt was re-profiled in the early 1990s to its current function as a town square, with brown cafes and market stalls, after which the centrally located Waag was given a major 3 million Euro makeover and was put into use as a restaurant.