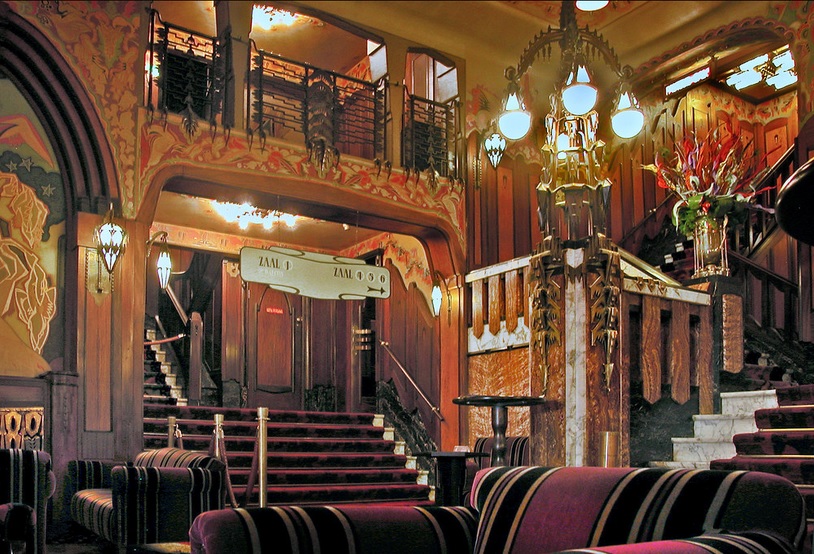 Lets go to the cinema

Going to the cinema’s is always a good idea, right? Also for those visiting Amsterdam. You might look for a fun activity to do on a rainy day or in the evenings, and what is more fun than to just kick back, relax, order a huge bucket filled with sweet and salty popcorn and watch a movie?
Basically nothing.
When visiting Amsterdam you have the luxury of having a lot of different cinema’s that you can chose from. You have the big commercial ones and the smaller theaters. The biggest cinema’s are those that belong to the ‘Pathé chain’. They are the Netherlands biggest cinema company with high end movie theaters showing all the latest international blockbusters. Also in Amsterdam you have several Pathé cinema’s and different locations, both in and out of the city center.

Pathé Tuschinski is the oldest Pathé cinema of the Netherlands. It is a beautiful building with an old Hollywood vibe. Funfact: This is also the cinema where all the big opening nights and premieres of movies are. But of course it is also open for non celebrities. Because the location is so central it is the perfect place to watch a movie when you are located in the city center.
Address: Reguliersbreestraat 26 /34 in Amsterdam

Pathé de Munt is actually one block away from Pathé Tuschinski. This might sound weird, to have to big movie theaters from the same company so close to each other but it actually does make a lot of sense. Tuschinski is a more old fashioned theater and also shows a lot of non blockbuster movies (for example foreign movies like Turkish movies, Hungarian movies, Korean movies and so on). Their target audience is a bit older, date night people and tourists.
Pathé de Munt is more for locals, trendy tourists and the youth. It is a much more modern venue and only shows the latest and newest International films.
Address: Vijzelstraat 15 in Amsterdam

This cinema is located in the city center too near “Leidse square’. It is the perfect combination of the above mentioned cinema’s. It is not the busiest location therefor the chance that you will get better seats here are much higher.
Address: Tesselschadestraat 1G in Amsterdam

The Movies is Amsterdams oldest (non franchise related) running theater. It opened their doors more than a 100 years ago and you can definitely get this old movie vibe when you enter the venue. It has been renovated over the years but they kept the vintage vibes and therefor going to the movies because a totally different experience when you go to the movies at ‘the movies’. The foyer is painted in deep an dark colors and the movie chairs are all maroon red. It is such a beautiful venue that you will probably not want to leave after the movie is finished. The movies has a good combination of art house cinema movies and big ‘Hollywood pictures’.
Addres: Haarlemmerdijk 161 in Amsterdam