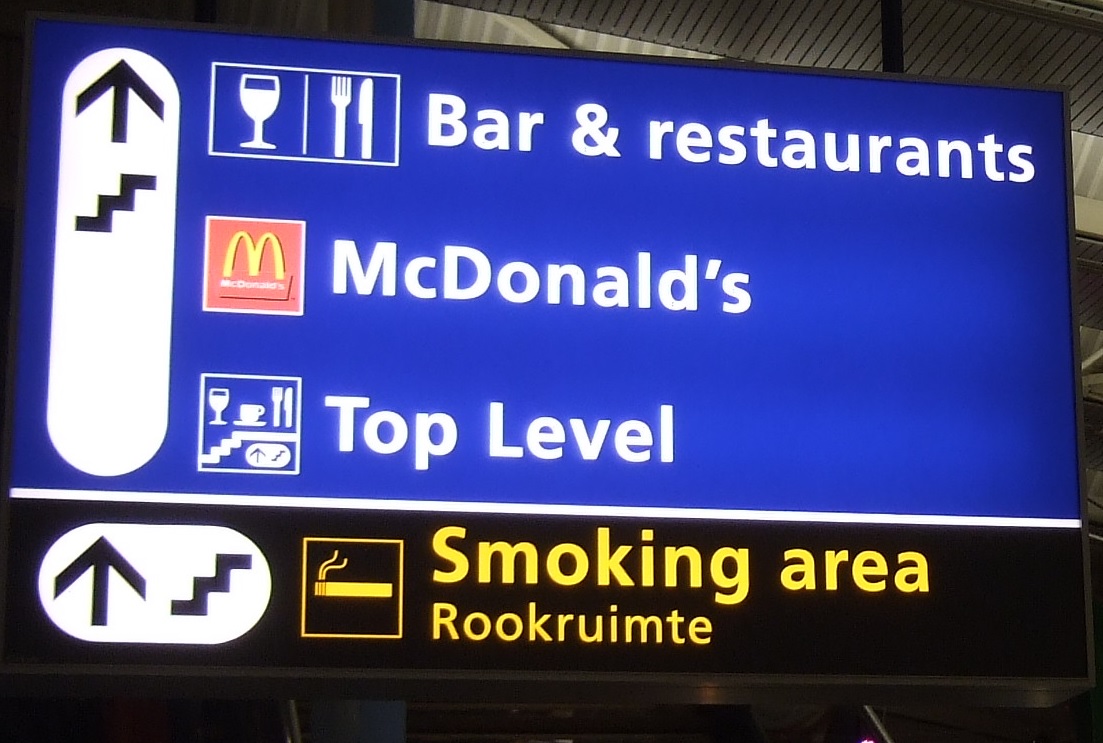 If you’re a smoker and you travel around a lot, you have likely been feeling cornered lately. Restrictions around smoking are very strict in some countries, in order to discourage people from lighting up cigarettes and disturbing others with their smoke. Luckily, most airports still cater to inveterate smokers by laying out areas where smoking is allowed.

For anyone who is travelling through Amsterdam Schiphol Airport (AMS) and wondering if there will be smoking areas available, this article will provide a useful reference. Even though you won’t be allowed to smoke as freely as you might like, there are actually several places where you can smoke outside of the airport terminal. Once you get inside, however, you may have to look around a bit until you find places to light up.

This is a relatively smoker-friendly airport, so you will find several designated smoking areas available; however, it’s worth noting the majority of these areas are located outside of the terminal building. You’ll easily spot such areas where smoking is permitted, since they’re marked by a dotted white line and feature ashtrays.

There are several such areas available throughout departures level and outside, in the area facing Schiphol Plaza. You should notice that no smoking is allowed in perimeter roads as well as throughout the aprons form, as an airport security measure. Be mindful to avoid smoking in such places and stay confined to the delineated smoking areas, or you could get in trouble.

Once you make it through passport control, there will be fewer available designated smoking areas, all of which are in close proximity to food service stores. These indoor smoking lounges are enclosed and feature advanced ventilation systems to clear the smoke.

In case you’re having trouble finding a place where you can light up inside the airport, you’ll spot yellow signs pointing you in the right direction when you walk around in the lounge. These signs are quite prominent and easy to spot from a distance, so you shouldn’t have any problems finding them – they’re also easy to see because all the smokers typically flock in that direction.

Planning a visit to Amsterdam?

Check out our hand-picked hotels HERE

The time difference between Amsterdam and the UK The Netherland operates on Central European Time (CET), and it is 1 hour ahead of GMT. It ...
Read More
Amsterdam FAQ

Amsterdam Schiphol Airport is the major entry to Netherlands. This is a renowned international airport, and the fourth busiest gateway to Europe. The airport ...
Read More