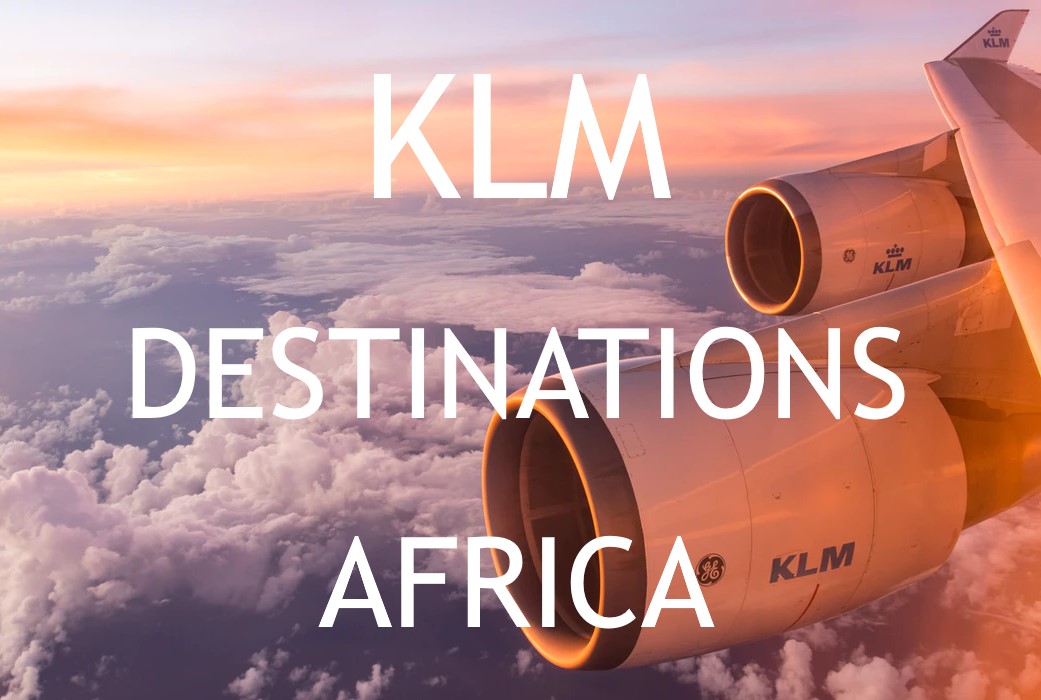 KLM Royal Dutch Airlines serves cities across Africa. From its hub at Amsterdam Airport Schiphol, the airline connects travellers to ten countries on the continent.

Elsewhere in East Africa, KLM flies to Entebbe in Uganda. The city sits on the shores of Lake Victoria. It is also a popular destination for travellers seeking to visit natural parks where zebras, elephants, giraffes, and other wildlife roam. In neighbouring Rwanda, KLM serves Kigali International Airport in Kigali. This friendly capital city is also popular with nature lovers thanks to its proximity to Nyungwe National Park.

KLM operates daily flights from Amsterdam to Cairo International Airport in Egypt. Home to the Giza Pyramids and the Sphinx, the country is renowned for its ancient sites. Cairo is a major gateway to exploring towering pyramids left by ambitious pharaohs. The historic city is also home to the Egyptian Museum and Grand Egyptian Museum. There are also important architectural wonders like the Mosque of Muhammad Ali and Cairo Tower.

South Africa’s largest city, Johannesburg is a vibrant city and financial hub. Soweto township is where you will find Mandela House, a museum honouring Nelson Mandela. It is also the site of somber landmarks like the Apartheid Museum and the Constitution Hill prison complex. Sitting at the foot of the iconic Table Mountain, Cape Town is home to stunning vineyards and nature parks. There are also beautiful beaches along the coast. You can also visit penguins in Simon’s Town on the Cape Peninsula. KLM flights serve Cape Town International Airport and O.R. Tambo International Airport near Johannesburg.

Home to the Ashanti culture, Ghana is one of two countries served by KLM. The Dutch airline operates flights from Amsterdam to Ghana’s capital Accra. KLM’s flights arrive at Kotoka International Airport, which serves Accra. The city is also home to the spectacular Christianborg Castle, Accra Mall, and the National Museum. It is also on the doorstep of pristine rainforests.

KLM also flies to Lagos, Nigeria’s largest city and one of Africa’s major urban centres. Flights operate from Murtala Muhammed International Airport. The sprawling city overlooks the Gulf of Guinea and is an important financial centre. It is also home to important cultural attractions, including the National Arts Theatre and Lekki Market. You can also hear authentic Nigerian music with shows at the Muson Centre.