What’s up in The Hague? 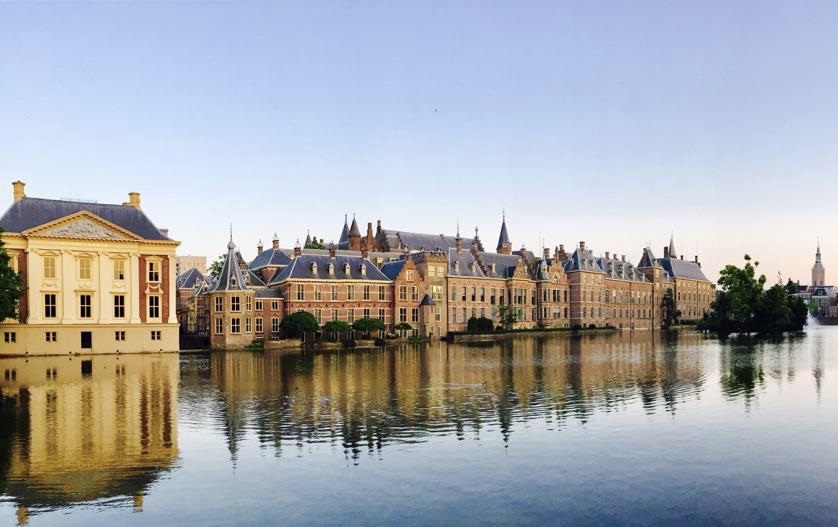 One immediately thinks of the international court upon any mention of The Hague. But there is more to this city than you may think. Before you make your own judgement, let’s take a look at the court that has brought fame to this home of the Dutch royalty.

The Court has opened a museum on the premises, and visitors can attend hearings, take a guided tour, or conduct their own research in the court library.

The homes of kings and queens

In the centre of the old section of The Hague, you may find yourself running into King Willem-Alexander at the Palace Noordeinde, where his offices are housed. However, for a more colourful visit, take yourself off to the Royal Stables to view the full livery of the transportation staff, and the magnificent royal horses.

But there are gardens too!

While visiting the Palace Noordeinde, don’t miss the Palace Gardens. If you looking for a tranquil spot or a stroll through nature in the middle of the city, this public garden is more like a park, and will fulfill your quest for some down time.

Escher at the Palace

The mind-boggling (literally) work of the famous Dutch artist, Maurits Cornelis Esher, is located in the original royal winter palace of Queen Emma. The twists and turns of Esher’s imagination will keep you busy for hours. As soon as you see where a particular path is going in some of his works, it turns direction, and breaks the stability you thought you had achieved in your mind. Escher at the Palace is a permanent exhibition of the artist’s work, but you are well-advised to visit often to view travelling exhibitions, which in one way or another, relate to Escher’s style of art. You’ll also find activities and workshops for both adults and children. A new addition to the gallery is a guided semi-permanent exhibition for visually impaired visitors.

The Hofvijver (Court Pond) is an artificial lake, although it did begin its life as a small lake inside the dunes. It was extended by various Dutch counts during the 13th century. Around the pond, you’ll find beautiful mansions, 17th and 18th century architecture, and the still-used-to-this-day parliament buildings of the Binnenhof.

There is much more to The Hague. Explore and you will find it. But while you are in the area, don’t forget to visit the entire country of the Netherlands in just a few hours—at the Madurodam, the amazing miniature park that Princess Beatrix opened in 1952.


Please social share if you liked this, thank you! 🙂

Heading to the Efteling?

When to go the Keukenhof gardens?

How about visiting Volendam?

A trip to Madurodam

Madurodam is a theme park of miniatures that replicate all the main cities, buildings, and famous landmarks of Holland. The park opened in 1952 due ...
Read More