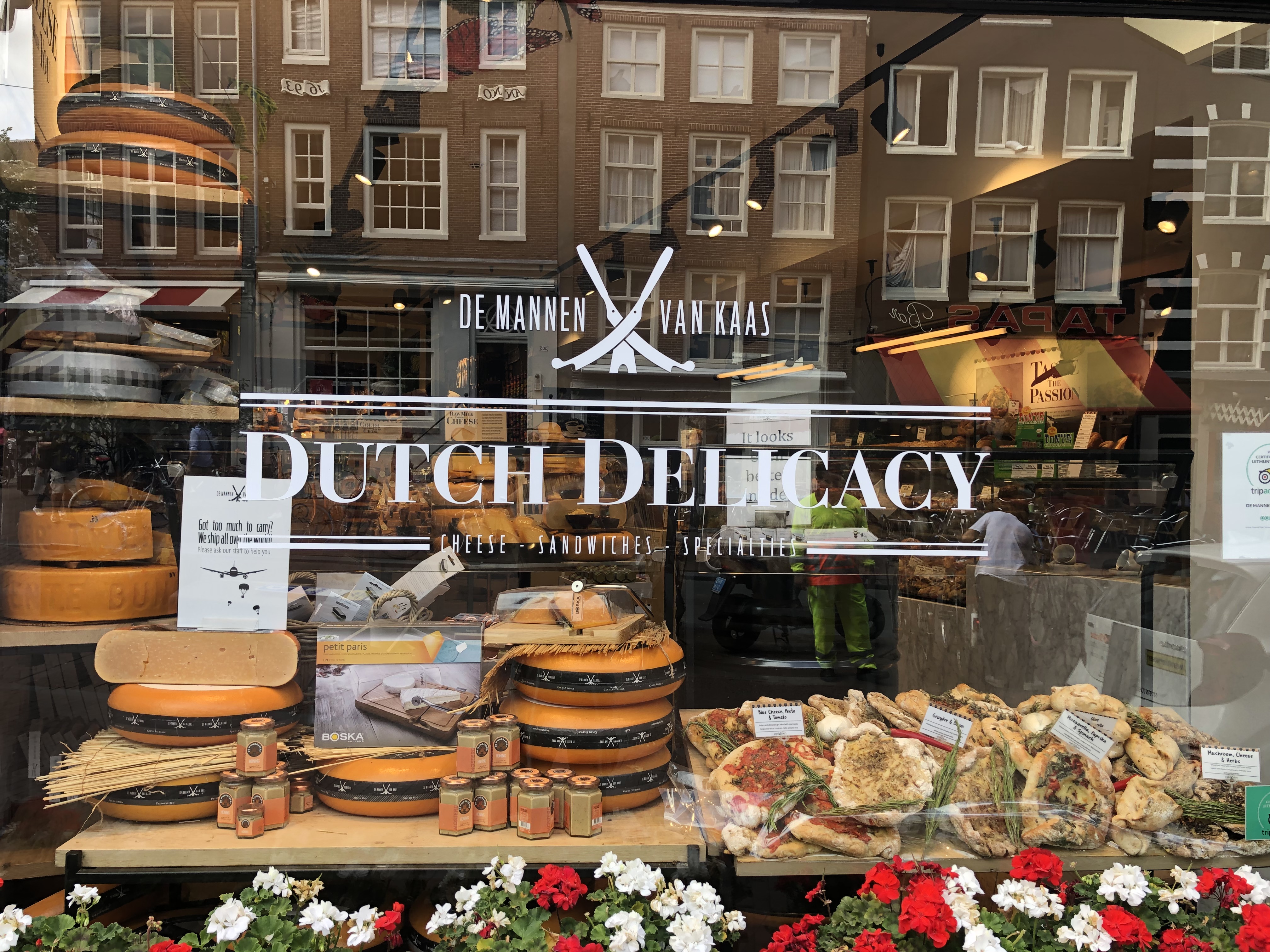 Alkmaar is famous for cheese. This official slogan of the Alkmaar Cheese Market says it all. It fuses the photographic connotations of “say cheese” with the world of cheese that one associates with Alkmaar. Indeed, a camera is a must if you are planning to attend the market, which is open every Friday morning from the end of March until the end of September, as well as Tuesday evenings during July and August. Don’t miss the unusual cheese-carrying ceremonies.

Where do the cheese bearing rituals stem from?

Way back when – some say it was in 1365 – farmers began to bring their cheeses to the central square of Alkmaar. Why? Because there was only one set of scales in existence, and a lot of cheese to be weighed—roughly a total of 30,000 Kilograms! And this is how the traditions of the cheese carriers were born. Colourful straw hats, special white uniforms, carts designed to carry and balance the cheese, as well as strictly adhered to hand-shakes and clapping to represent price-haggling, are just some of the sights and behaviours you’ll observe during the ceremony.

You’ll be pleased to know that there is more to the city of Alkmaar than just cheese! Tours of the Alkmaar canals leave every hour from 11:00 AM. A 40-minute boat trip takes you through the old city, where you can soak in the glorious past. If you’re still wondering what’s up in Alkmaar, make sure it’s not your head when you pass under very low-lying canal bridges. Ducking down will not detract from your enjoyment of the tour, however, and may well enhance it!
You can also take a broader excursion to the towns, countryside, and lakes of North Holland, from the comfort of a boat cruise.

To get more of a feel for the medieval ambiance of the city take a walking tour with a knowledgeable guide. Small-group tours are also available. Alkmaar’s rich history will come to life for you, especially the period of the siege of Alkmaar, and the victory against Spain in the 16th century.

And now for something completely different

Alkmaar hosts a number of excellent museums, including the largest privately owned Beatles Museum in the world! The owner of the museum began his collection at the age of 15, when he was presented with a Beatles Single. (Remember those?) Despite the fact that he hated the song, Michele, he went on to grow his incredibly large collection after being inspired by Hey Jude. Immerse yourself in Beatles memorabilia in all types of media – books, LPs, posters, and of course, that unforgettable Liverpool sound!