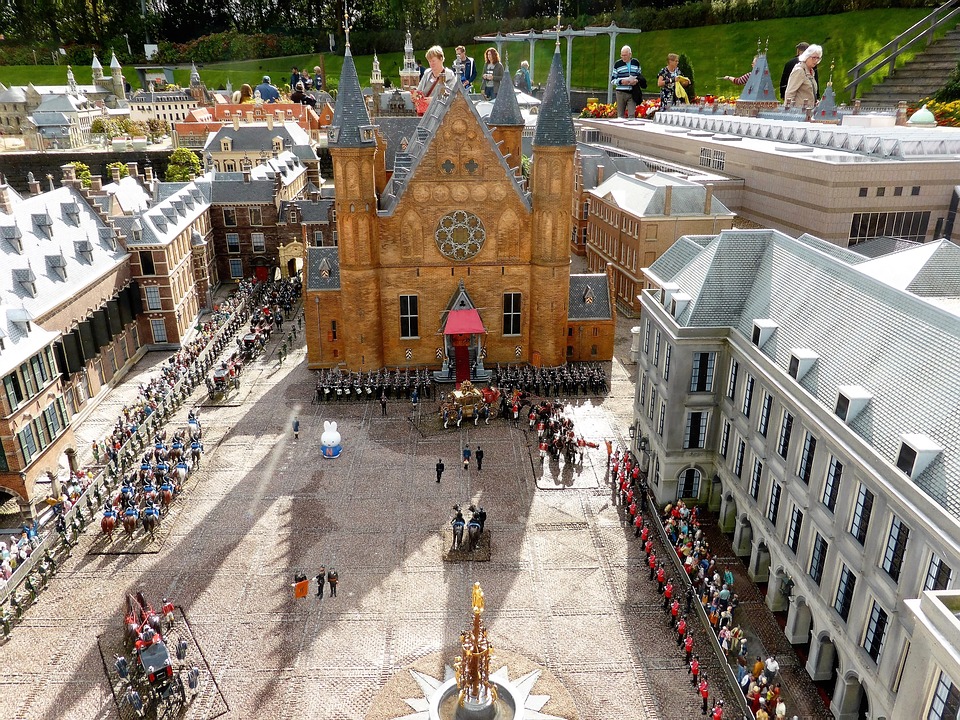 Are you thinking about visiting Madurodam? What is Madurodam like?
Madurodam is a theme park of miniatures that replicate all the main cities, buildings, and famous landmarks of Holland.
The park opened in 1952 due to the melding of two worthy causes:

What to see in Madurodam

You don’t have time to visit a cheese market? Then view the miniature version with replicas of the cheese carriers in authentic costumes. Are you getting frustrated trying to get into the Rijksmuseum? Then admire some of the world’s most famous paintings—in Madurodam. They may be 25 times smaller than the originals, but only a very discerning eye will notice the differences. Did you miss your flight out of Schiphol? No problem. Catch it here from the airport in Madurodam. Uh, well, maybe not. But there’s always the train. The trains! Watch them all – the old, the high-speed, and their stations.

What to do when visiting Madurodam

The child-friendly park has been built to allow a lot of interaction with the miniatures, as well as with life-size models and modern media. Children from age 3 – 93 will want to fire cannons, find out about the Dutch roots of New York, bid on flowers, visit the Court of the Netherlands in 1572, and move the Oosterschelde storm barrier. If you find some spare time during your busy visit to the park, you’ll also discover restaurants, souvenir shops, and playgrounds in the park.

What’s around and about?

Madurodam is in the Hague, and can be reached in 45 minutes from Amsterdam. If you have time after your visit, there are many attractions in and near the Hague. The Scheveningen beach can be reached in 10 minutes. Don’t miss the delightful Japanese Garden. And if your eyes can handle it, go see the fascinating art at Escher In the Palace.

By the way: If you are going to visit Madurodam, here might be some other fantastic and fun deals for you.

Alkmaar is famous for cheese. This official slogan of the Alkmaar Cheese Market says it all. It fuses the photographic connotations of "say cheese" ...
Read More