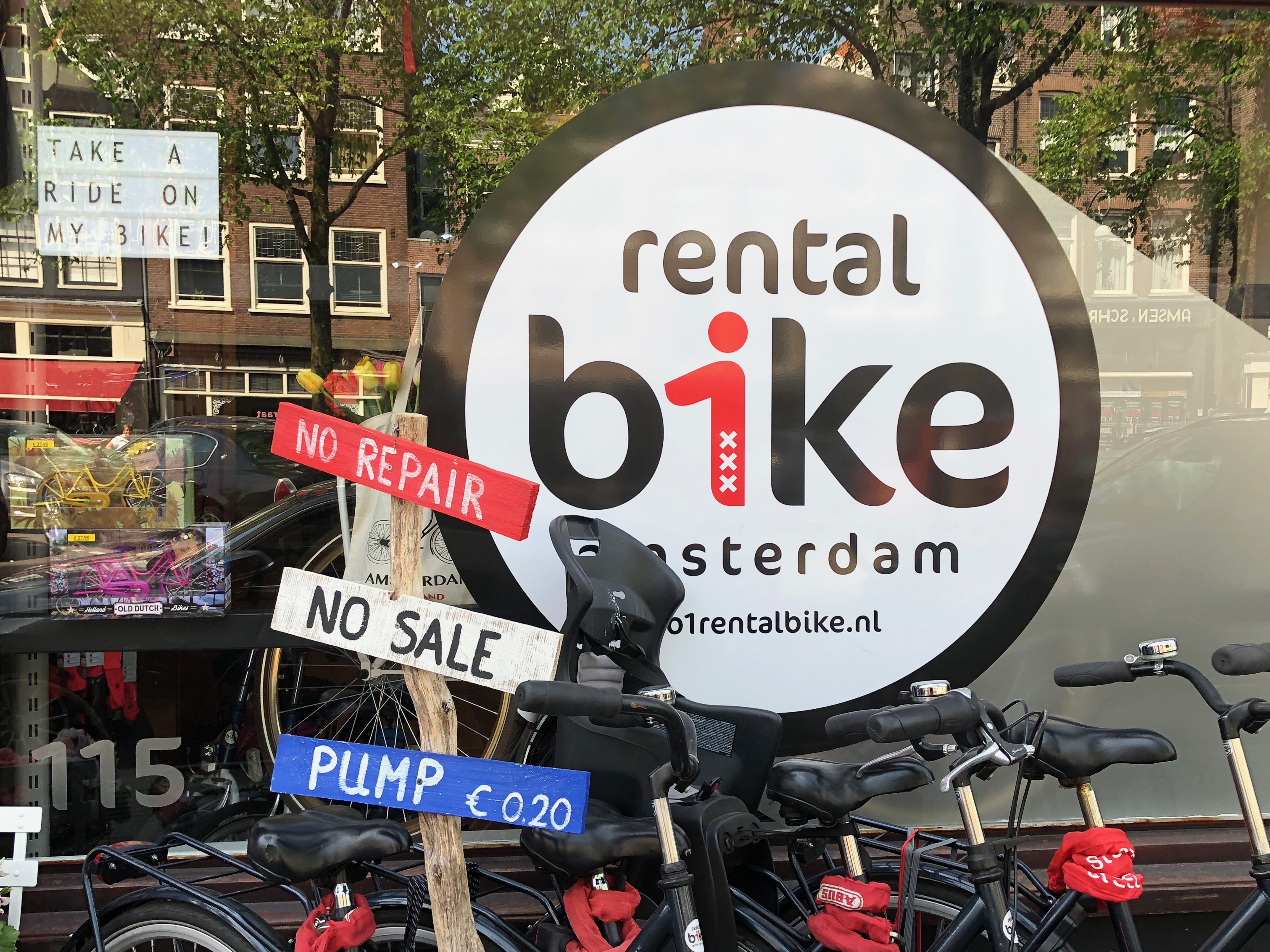 Something for Everyone—10 great attractions in Amsterdam

There is so much to see in Amsterdam, but none of you can agree on where to go?

Don’t despair! You’ll all favour the attractions in this short list.

If you’re visiting Amsterdam in 2019, you’ve chosen the right year! The city is showcasing the paintings of Rembrandt van Rijn, 350 years after his passing. Join a special guided tour of All the Rembrandts in the Rijkmuseum. Then observe the restoration of the iconic Night Watch while it remains on display! Afterwards, come outside, and join a free walking tour through Rembrandt’s favourite haunts. Get a feel for the neighbourhoods that inspired him.

Whether an art aficionado or not, don’t leave Amsterdam without visiting the Van Gogh Museum. Just to view Van Gogh’s Self-Portrait with Grey Felt Hat would make it worth your while. The museum is not just a gallery. It is a representation of the life of this renowned artist, describing the man and his life through his art.

“The Anne Frank House is a museum with a story.” Thus begins the description of the museum, on the Anne Frank House website. Anne wrote the story herself in the famous diaries that describe her family’s life while hidden in the cramped attic of the house from 1942 till 1944. The delightful young Jewish teenager filled her pages so quickly, she then moved on to notepaper to extend the life of her diary.

4. Decisions, decisions – Romantic tour or family brunch – all on a boat

Amsterdam offers a large selection of boat tours along its waterways. With a choice of day or night tours, you can unwind and take in the sights simultaneously.

Choice #1 – for couples: Enjoy a romantic dinner cruise for two along the canals on a sailing restaurant. Soak in the ambiance of the background music while you enjoy a three-course meal in an age-old river boat.

Choice #2 – for families: Take a tour along the IJ River. There’s one proviso, however, before you embark. You have to love pancakes! Book your tour for the time of day your family is most likely to suffer from hunger pangs. The pancakes are the all-you-can-eat type!

The picturesque Prinsengracht is the outermost canal of Amsterdam’s three main concentric canals. Cruising along the Prince’s Canal brings you into view of the Western Church with its famous bell tower – that it does not own! That honour goes to the municipality. Then, focus your eyes carefully on the narrowest house in Amsterdam. Note, however, that only its front façade qualifies. The rest of the house is much wider. Lastly, if you don’t have the opportunity to visit the Anne Frank House, you’ll pass by the museum while cruising down the canal.

If you rent a bike while visiting Amsterdam, nobody will suspect you of being a tourist, as long as you rent at the central station. However it is okay if people can see you are not used to cycle in Amsterdam since you’ll be joining the throngs of cyclists travelling to and from their workplaces. If you rent your bike near the main station, don’t miss the Kodak moment presented to you by the thousands of bikes parked thereabouts! For a more structured tour, simply sign up for an official bike tour. However take care in traffic, Amsterdam is quite busy, take your time. If you are not in a hurry stay in te right part of the cycling lane and if you stop leave the (virtual) lane and make room for the other bikes. Do not hesitate to use the bell on your bike.

Yes, really – a 1000-hectare man-made forest in the city of Amsterdam. The Amsterdamse Bos offers leisurely strolls through the woods, or relaxing one-and-a-half-hour boat excursions. Try the Fun Forest ropes and zip lines for children of all ages and abilities. With much, much more, the forest is yours to explore.

The eight marble Hudde stones were installed on locks in the dikes that were built to help prevent the flooding of Amsterdam, which is below sea level. Lines etched in the stones allowed engineers to compare water levels. You can find the only Hudde Stone that is still in its original position, on the Unicorn Lock (Eenhoornsluis) at the entrance to the Prince’s Canal. The half of a another Hudde Stone is on display at the NAP Museum.

If you walk from the Anne Frank house towards the Rijksmuseum, take a detour into the 9 Streets. You may end up postponing your visit to the Rijksmuseum till tomorrow! De 9 Straatjes is authentically Amsterdam. Laid out in a 3 x 3 grid of little alleyways, this delightfully quaint location will keep you shopping, eating, and definitely photographing.

Not for the faint of heart!

Start at the A’DAM Tower in Amsterdam North. Ascend to the lookout at the top. Revolve 360 degrees for a full view of the city of Amsterdam. Then, if you dare, hop onto the Over the Edge swing, and swing back and forth over the edge of the tower! For a minimal fee, you can enjoy the highest swing in Europe for a full 20 minutes!

The best private tours in Amsterdam in 2021

Doing the Amsterdam canal tour cruise in the day or night?

Amsterdam consists of around 165 canals created over hundreds of years, so it stands to reason that one of the best ways to see ...
Read More
Happening in Amsterdam

Where to lunch in Amsterdam?

Amsterdam is by far the most dynamic and international city in the Netherlands. You know what is so amazingly fun in Amsterdam? All the ...
Read More
Happening in Amsterdam

15 most popular tours of Amsterdam

There is no shortage of tours you can join in beautiful Amsterdam. This makes it more difficult to choose any one or two from ...
Read More
Happening in Amsterdam

As a city known for innovation and creativity, Amsterdam really provides the perfect shopping experience. Trust us, this creativity flows through all the stores ...
Read More
Happening in Amsterdam

Venustempel Sexmuseum, also popularly known as the Temple of Venus, is the oldest and first sex museum worldwide situated in the center of Amsterdam. ...
Read More
Happening in Amsterdam

The Rijksmuseum in Amsterdam is the national museum of the Netherlands. A world class museum, its collections are housed in an impressive building built ...
Read More
Happening in Amsterdam

The Van Gogh museum in Amsterdam

The first thing that comes to many people’s minds when they hear the name van Gogh is artwork and paintings. Some people will also ...
Read More
Happening in Amsterdam

The Madame Tussauds is a world renowned wax museum located in the Dutch capital, Amsterdam. Founded in the 1970s, the wax museum is located ...
Read More
Happening in Amsterdam

The 10 best clubs of Amsterdam

Nightlife in Amsterdam is epic, but it's risky to club on foreign turf as if you don't know what to expect. Clubs can rock ...
Read More
Happening in Amsterdam

Where and when are the markets in Amsterdam?

The Markets of Amsterdam: Where are they, and When are they Open? The city of Amsterdam boasts more than 30 markets, which together, can ...
Read More
Happening in Amsterdam

Is Boom Chicago Amsterdam worth visiting?

Amsterdam is a beautiful city, and there are so many things to do and have fun. An excellent way to start a fun night ...
Read More