Is KLM a good airline to fly with? 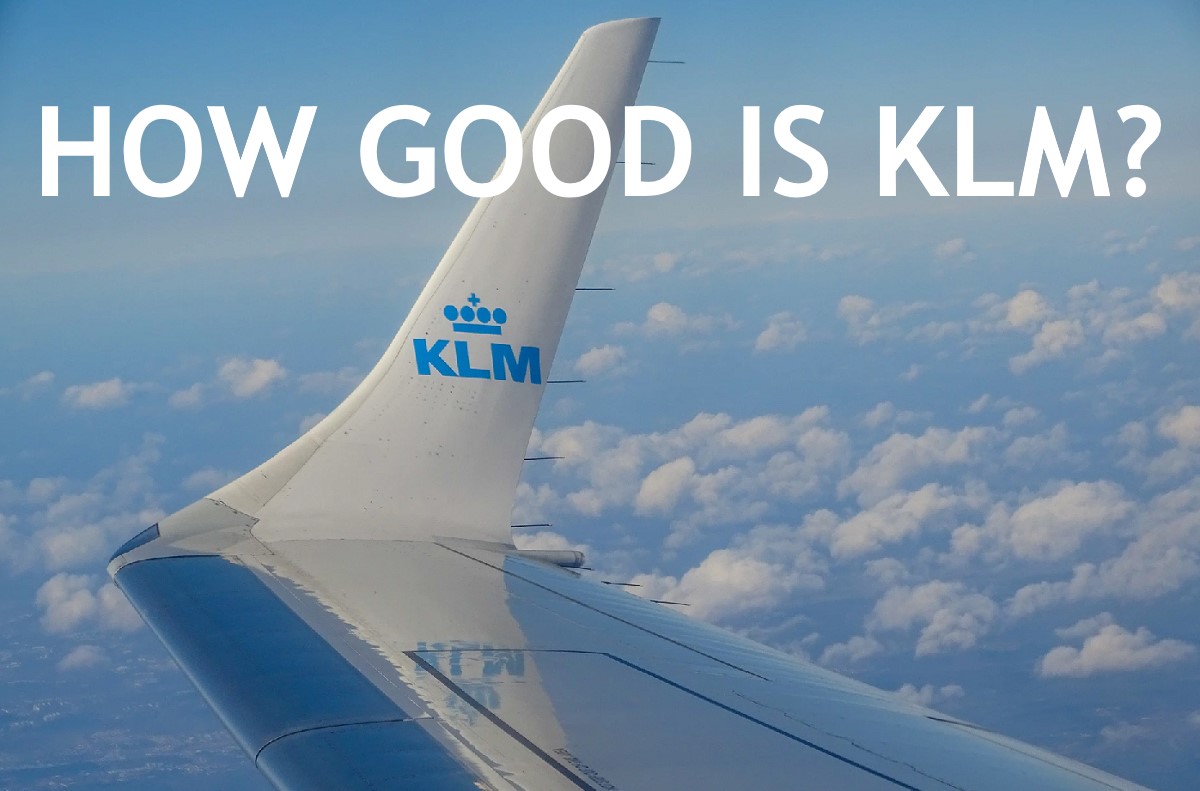 A global airline with 140 destinations, KLM launched in 1920 as Koninklijke Luchtvaart Maatschappij N.V. The flag carrier of the Netherlands is the oldest airline operating with its original name. In 2004, the airline joined with Air France and merged as Air France KLM. Both airlines continue to operate under their own names. KLM’s subsidiaries including regional airline KLM Cityhopper, Taiwan-based KLM Asia, cargo airline Martinair, discount carrier Transavia, and the reservation service Cygnific. The airline is also a member of SkyTeam, a leading global airline alliance.

Based at Amsterdam’s Schiphol Airport, the airline has destinations on five continents. This makes Schiphol is a major transfer hub for travellers from across Europe and around the world. KLM has a fleet of 115 aircraft, which includes Boeing 787, 777, 747 and 737. The fleet also consists of Airbus A330 and Embraer 175, 190 and 195. Long-haul aircraft are equipped with seat-back entertainment and Wi-Fi is available on most planes.

With diverse destinations and quality services, KLM has a strong reputation. Skytrax certifies KLM as a 4-Star airline for onboard and airport service and quality. In January 2021, the leading industry airline and airport rating organisation certified KLM as a 4-star COVID-19 Safe Airline. In 2019, KLM was recognised as the world’s 18th best airline for the Skytrax World Airline Awards. It also ranked as the fourth best airline in Europe and placed sixth for best airline staff in Europe.

KLM is recognised with a seven-out-of-seven safety rating by AirlineRatings. The rating is based on analysis of crash and pilot related incident data. It is also based on audits from the International Civil Aviation Organization (ICAO) and International Air Transport Association (IATA), two of the industry’s leading oversight bodies. Since 1977, KLM has not suffered a fatal incident. AirlingRatings also gives KLM six-out-of-seven for product quality. Criteria is based on in-flight entertainment, seat pitch, meals, and other comforts on board such as beds and pillows.

KLM is a full-service airline that provides high quality products on its flights. On board, the airline’s World Business Class offers a three-course meal and in many cases a second meal on long-haul flights. Comfortable seats including a pitch of at least 75 inches. Seats also transform into fully lie-flat beds and include deluxe pillows, blankets and amenity kit. In Europe, three-course meals are offered on business class. Seat pitch ranges from 33 to 34 inches depending on the aircraft.

Long-haul economy class features free meals, on demand video and audio, and blankets and pillows. Seat pitch is at least 31 inches. Extra room is available at a fee with KLM’s Economy Comfort, which has a seat pitch of at least 35 inches. In Europe, a snack or meal is provided depending on the duration of the flight. Unlike long-haul flights, there is no in-flight entertainment. Seat pitch in the cabin is 31 inches. Seats with additional room are also available at a fee.

KLM offers a range of services before your flights, including web-based and airport kiosk check-in. At least one free bag is generally included. Additional allowances may be available on certain flights and on business class.

These two massive international carriers are the main competitors in the international flight sector. The Middle Eastern long-haul experts Emirates are popular for their ...
Read More
Travelling from Amsterdam

Etihad Airways and Qatar Airways are two of the Middle East’s leading airlines. Both carriers deliver strong business class experiences, although one airline is ...
Read More
Travelling from Amsterdam

KLM Airlines   KLM Royal Dutch Airlines is a certified 4-star airline. The rating covers the airline’s quality of services, its airport, onboard product and staff ...
Read More
Travelling from Amsterdam

All KLM destinations in Brazil

KLM has an extensive network across South America, including Brazil. Daily flights connect the Netherlands and Brazil. With KLM Royal Dutch Airlines, travellers can ...
Read More
Travelling from Amsterdam

What is the legroom on long haul British Airways economy flights?

Flying for many hours while sitting in one position can result in your legs becoming stiff and cramped, making it difficult to stand up ...
Read More
Travelling from Amsterdam

How long is a flight from the Netherlands to South Africa?

How long is a flight from Amsterdam to Australia?

The distance from Amsterdam to Australia is approximately 16,600 kilometres or 10,330 miles. Nearly all the flights involve one or more stopovers. However, there ...
Read More