Which airport are near to Stockholm city centre? 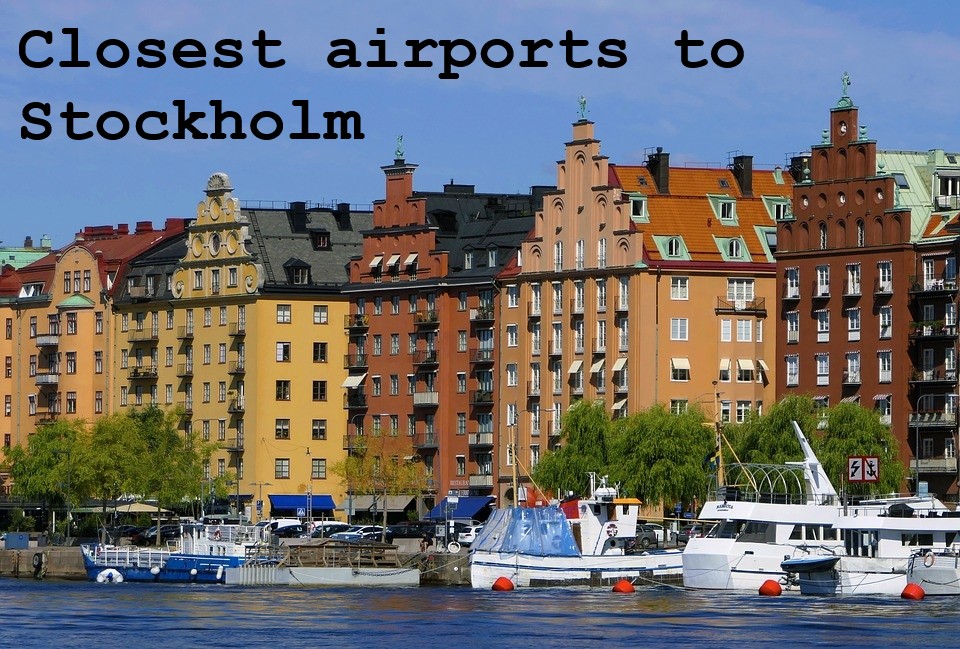 Stockholm, the capital of Sweden, is a popular summer destination for a city trip among tourists from all over Europe. The historic city, known as “Venice of the North” due to its location on 14 different islands, is located in southeastern Sweden and is built around the waterway that connects the Baltic Sea to Lake Mälaren. The historic city center “Gamla Stan” is built on one of the islands in the middle of this waterway and today it attracts visitors from all over the world.

In addition to wandering through narrow alleys and sailing over the large amounts of water, tourists mainly enjoy viewing the significant buildings and visiting numerous interesting museums. A large part of the visitors arrive by water, on board of large cruise ships that make cruises on the Baltic sea, but also the various airports of Stockholm provide many visitors. In total, Stockholm has four different airports, although two of those airports are more than 100 kilometers from the city.

The best way to reach the city is via the two closer airports:

Bromma Stockholm Airport (BMA) is without doubt the closest Stockholm airport. The airport is only 8 kilometers from the center of Stockholm. However, from the airport it takes more than 20 minutes by public transport to reach the city, although the shuttle bus will drop you directly in the heart of Stockholm. A car takes about the same time, so that makes no difference.

The major airport in Stockholm is Stockholm-Arlanda Airport (ARN). Despite its location 41 kilometers outside the city, this airport can count on the most international visitors and domestic air traffic. This is due to the proximity of the other major Swedish city of Uppsala, as well as the good train connection between the airport and the surrounding cities. The distance between Stockholm Central Station and Arlanda is a mere 17 minutes by train, while a car takes at least half an hour.

Is Booking.com a tour operator?

Booking.com is one of the world's most popular websites for making holiday reservations. You can also book many other travel facilities such as car ...
Read More
Travelling Europe

Cruise vacations are always fun, exciting, and relaxing. However, that is not always the case when booking a cruise that best suits your vacation ...
Read More
Travelling Europe

Air France or British Airways, which is better?

If you are planning a trip and interested in a communal atmosphere, meeting like-minded travelers and saving money then hostels are a fantastic option. ...
Read More
Travelling Europe

Flight time from London to Amsterdam

The flight time from London to Amsterdam usually takes about 1 hour and 10 minutes on average. The flight duration depends on which airport ...
Read More
Travelling Europe

Is KLM better than British Airways?

All Air France destinations in France from Paris

Whether you are travelling on business or for leisure, Air France offers direct flights from Paris to airports across France. While many of the ...
Read More
Travelling Europe

All airlines that fly from UK to Poland

Flights from the UK to Poland may have destinations in a number of Polish cities. A popular destination is Warsaw as its central location ...
Read More
Travelling Europe

All airlines that fly from UK to Rome

Top Four Airlines Flying from The UK to Rome   Air travel is one of the most popular means of travel around the globe. In this ...
Read More
Travelling Europe

All airlines that fly from UK to Turkey

Due to its success as a tourist destination, Turkey is served by a large number of airlines from the UK. It should be noted ...
Read More
Travelling Europe

All airlines that fly from UK to Cyprus

Holidaymakers heading for Cyprus can make the five hour flight with a large number of airlines from all areas of the UK. The most ...
Read More