Travelling to the Netherlands from Australia – things to know 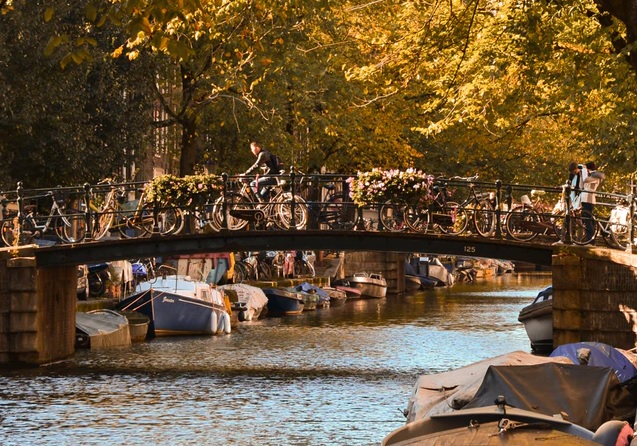 Travel documents for the Netherlands

To enter the Netherlands, you need a valid passport. However, tourists from Schengen country are not required to present their visas to Dutch authorities. Australians are only required to submit their national identity cards. Passports should be varied for at least three more months; beyond the period the visitor is expected to stay in the Netherlands.

Booking your accommodation earlier enough will give you peace of mind. During peak season, furnished apartments in Amsterdam are always full. This means you may lack space and end up queuing if you don’t do it online. Online booking is preferred since its more accessible and convenient.
If you are visiting popular museums, you should consider buying an Amsterdam city card. With this card, you will access most cultural sites free of charge. Renowned cultural Centre’s includes the Tulip Museum, Rijksmuseum and Van Gogh Museum.

Are you an English speaker? No need to worry

Dutch are fluent English speakers. There you can interact with them and ask for recommendations and directions comfortably in English. However, you should strive to know one or two Dutch words. It is the most straightforward language to learn.

Dutch are not rude

Don’t be upset if a Dutch is too direct. They are used to being direct and putting things as they are. This might be confused with being rude, which is a misconception. They are rather a bit too sincere and don’t shy away from turning down your offer. They aren’t sorry about disappointing you. Therefore, don’t expect their “No” to be accompanied by an explanation.

The Red-Light District is a “Holy Ground” during the day

During the day you can hardly tell that the street is famous for obscene. The street usually operates just like any other business street. When dark knock, neon lights turn on, and the atmosphere changes to partying mood.

Avoid taking pictures of ladies at the district

Taking pictures of the ladies in the windows is considered rude. This is not an animal park where you take a picture after another. People will despise you, and you may end up losing your phone in the commotion.
When these girls notice you are trying to take a sneaky picture, they usually come and snatch your phone. They then throw it to the nearest canal to teach you a lesson.

Stay alert in the bike lanes

Bikes are the simplest and most convenient items of transport in Amsterdam. Watch out when using the bikes to avoid being treated harshly by the locals. The lanes are painted red and have several symbols of bikes. This is done to differentiate them from other lanes. Sounds of angry bells are an indicator that you are interfering with cyclists. When this happens, kindly move off the cycling lanes to avoid getting hit.
Share:

All airlines that fly to Netherlands from UK

A number of airlines, operating out of different European countries, provide flights between the UK and the Netherlands. British Airways British Airways, founded in 1974, is ...
Read More
Travelling to Amsterdam

Which airline flies to Amsterdam from Newcastle?

he airlines that fly from Newcastle (United Kingdom) to Amsterdam (the Netherlands) are KLM Royal Dutch Airlines, Air France, British Airways, and Flybe. These 4 ...
Read More
Travelling to Amsterdam

Which are the available airlines from LAX to Amsterdam?

Los Angeles, the second city of the United States and largest city on the west coast, is a world city with a great allure ...
Read More
Travelling to Amsterdam

Which airlines fly from Dublin to Amsterdam ?

Flights from Dublin to Amsterdam, what options do you have? Dublin, the capital of Ireland, is one of the most popular destinations in the country ...
Read More
Travelling to Amsterdam

Where is Schiphol train station?

Traveling to the Netherlands from Canada – what to know

What you should know travelling from Canada to Netherlands What do you know about the Netherlands? Netherlands has always been a great holiday destination for many ...
Read More
Travelling to Amsterdam

How long is the flight from US to Amsterdam?

If you want to find out how long it will take you to fly from the US to Amsterdam, you need to take into ...
Read More
Travelling to Amsterdam

Traveling from US to Amsterdam – Things to know before

What are the cheapest ways to get from London to Amsterdam?

It is no surprise that London and Amsterdam remain to be a popular destination for millions of tourists every year. They are both one ...
Read More
Travelling to Amsterdam

All about travelling from UK to Amsterdam by Eurostar

Amsterdam is a beautiful and popular destination for tourists who delight in its culture, architecture, and scenery. It is even easier than ever now ...
Read More
Travelling to Amsterdam

Taking the ferry from London to Amsterdam

The Dutch Flyer ferry tickets Buying a Dutch Flyer tickets lets you travel by train from Liverpool Street Station to Harwich. It then grants passage ...
Read More
Travelling to Amsterdam

How long does the ferry take from Newcastle to Amsterdam?

There is a way to travel from England to Holland via water, and it's the ferry that connects the city of Newcastle with the ...
Read More