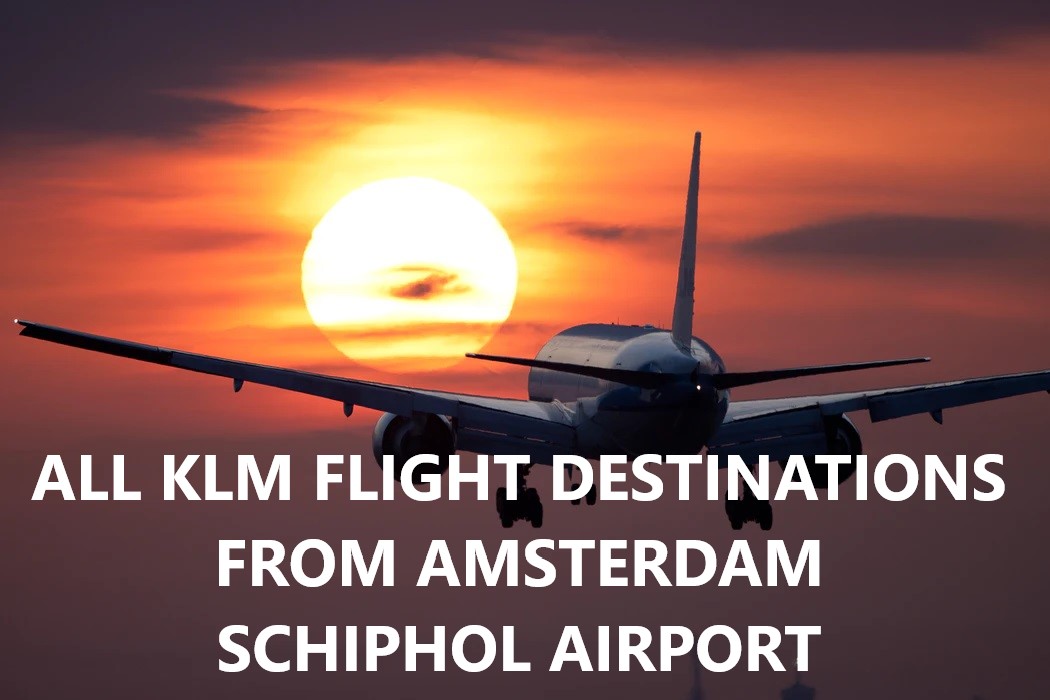 Connecting the Netherlands with the world, Amsterdam’s Schiphol Airport is the main hub for KLM Royal Dutch Airlines. The Dutch flag-carrier along with its regional airline KLM Cityhopper operate direct flights to more than 170 destinations around the world.

KLM Destinations in the Americas

In South America, KLM flights operate between Amsterdam and Bogota and Cartagena in Columbia. Services from Schiphol also link the Dutch capital with Buenos Aires in Argentina, Guayaquil and Quito in Ecuador, Lima in Peru, and Santiago in Chile. In Brazil, KLM flies to Fortaleza, Rio de Janeiro-Galeão and São Paulo-Guarulhos.

With several destinations, Europe and in particular the United Kingdom is one of KLM’s most important markets. Direct connections from Amsterdam are available to London’s City and Heathrow airports. There are also regular flights to major cities in England, including Birmingham and Manchester. Other destinations in England include Humberside, Leeds/Bradford, Newcastle upon Tyne, Norwich, Southampton and Teeside airports. In Scotland, KLM operates flights to Aberdeen, Edinburgh, Glasgow and Inverness. Flights are also available to Cardiff in Wales and Belfast City Airport in Northern Ireland. Elsewhere on the British Isles, the Dutch carrier flies to Cork and Dublin in Ireland.

Another important European market for KLM is France, home to the airline’s partner Air France. KLM flights connect the capital of the Netherlands with Paris Charles de Gaulle Airport in the French capital. Regular flights also operate between Amsterdam and Bordeaux, Lyon, Marseille, Montpellier, Nantes, Nice and Toulouse. Germany is another key destination with flights to major cities like Berlin, Dusseldorf, Frankfurt, Hamburg, Munich and Stuttgart. KLM also flies to Bremen, Dresden, Hanover and Nuremberg. Nearby, KLM connects Amsterdam with Brussels in Belgium and Luxembourg.

Scandinavia is a major regional destination for KLM. The airline operates flights between Amsterdam and Aalborg, Billund and Copenhagen in Denmark. It also flies to Oslo Gardermoen Airport, which serves the capital of Norway. Other Norwegian destinations include Aalesund, Bergen, Kristiansand, Sandefjord, Stavanger and Trondheim. In neighbouring Sweden, KLM provides direct flights to Stockholm Arlanda Airport plus Gothenburg, Linkoping and Växjö. Other destinations in Northern Europe include Helsinki in Finland.

In Southern Europe, KLM flies to several cities in Italy. In the north, there are direct flights from Amsterdam to Milan’s Linate and Malpensa airports. There are also flights to Bologna, Genoa, Turin and Venice. The airline connects Amsterdam and the Italian capital with direct flights to Rome-Fiumicino International Airport. KLM flights to Italy also include the southern city of Naples and the cultural hub of Florence in the heart of the country. There are additional flights to Cagliari in Sardinia and Catania in Sicily. In Spain, Madrid, Barcelona and Bilbao and connected to Amsterdam with direct KLM flights. Other destinations include popular vacation spots in Alicante, Malaga and Valencia. There are also seasonal flights to the island Ibiza. In neighbouring Portugal, flights are available to the picturesque capital Lisbon and Porto in the country’s north.

Cities across Central Europe benefit from direct KLM flights from Amsterdam. In Poland, destinations include Warsaw Chopin Airport. KLM also serves the Polish cities of Gdansk, Krakow, Poznan and Wroclaw. At the opposite end of Central Europe, the Dutch carrier flies to Basel/Mulhouse, Geneva and Zurich in Switzerland. Flights also connect Graz and Vienna in Austria plus Budapest in Hungary and Prague in Czechia.

Elsewhere on the continent, KLM has flights to the ancient city of Athens in Greece. At the crossroads of Asia and Europe, Istanbul, Turkey is another popular KLM destination. Other cities served by KLM from Amsterdam are Bucharest, Romania and Kiev, Ukraine in Eastern Europe. Flights to Croatia include year-round service to the capital Zagreb and seasonal flights to the coastal city of Split. In Russia, Moscow-Sheremetyevo and Saint Petersburg are connected to Amsterdam with direct KLM flights.