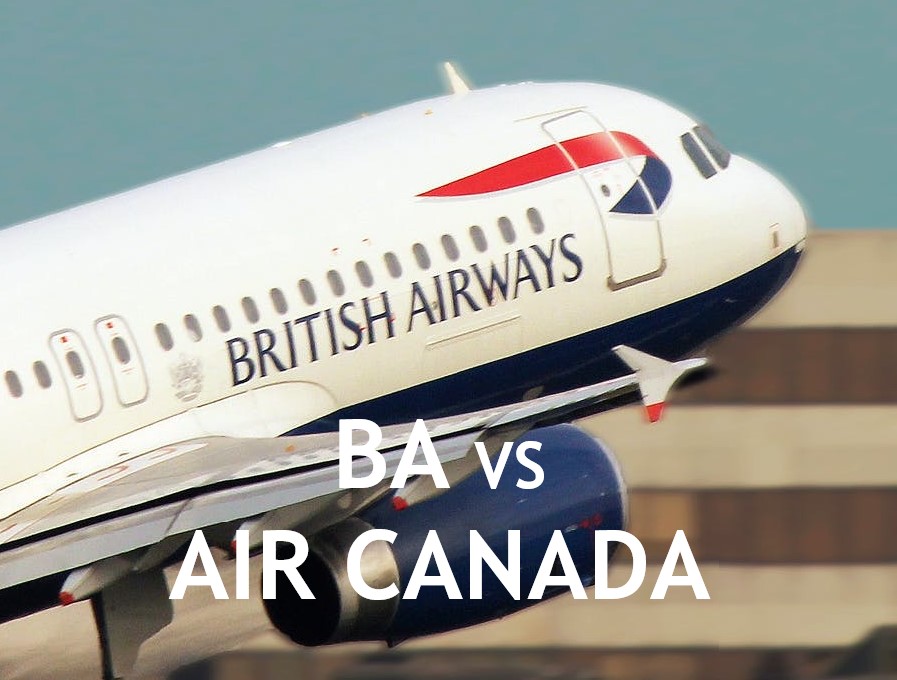 For long-haul flights, British Airways offers its World Traveller cabin for economy passengers. You are treated to delicious complimentary meals, personal entertainment screens, and Wi-Fi on many flights. There are lie-flat seats and fine dining in Club World for business class travellers. For ultimate luxury, British Airways offers its First cabin on long-haul flights. Roomy seats in a private suite transform into fully flat beds. Exceptional meals are also offered during the flight.

Air Canada has a more inconsistent product due to ongoing renewal. Air Canada Signature Class is the airline’s new business class service. It is available on American, European, Asian, Pacific, and South American routes depending on the aircraft. Lie-flat seats, a luxurious amenity kit, and fine dining are offered. On Boeing 787 aircraft, Business Class is available with lie-flat seats. On some flights within North American and the Caribbean, however, Business Class is offered with spacious (but not lie-flat) seats.

Economy class features complimentary meals on long-haul flights to and from Europe, Asia, South America, and the Pacific. A buy-on-board service is offered within Canada, the United States, and other destinations in North American. Premium Economy offers enhanced comfort, meal service, and an amenity kit in a dedicated cabin. This class is only offered on some international routes. Personal entertainment and Wi-Fi are available on most aircraft.

British Airways is one of a small number of airlines with destinations on all habited continents. As of April 2020, the airline has 191 destinations. As part of the International Airlines Group, British Airways offers additional flights with its partner Iberia. The airline is also a member of the Oneworld alliance. This provides British Airways customers with hundreds of other destinations through codeshare services with partner airlines.

Air Canada is a founding member of Star Alliance, which covers more than 1,290 destinations in 195 countries. The alliance is the most far-reaching in the world. Air Canada also has several subsidiaries and regional partners, including Air Canada Express and Air Canada Rouge.

Skytrax is an industry leading in reviewing airlines. British Airways is certified as a 4-Star Airline by the organisation thanks to the high-quality of the airline’s onboard and airport services. Overall, you can expect excellent comfort, amenities, food, lounges, cleanliness, staff service, and more.

Air Canada is also certified as a 4-Star Airline. Travellers can expect a high standard of service at airports and during their flight. Meal service, amenities, cleanliness, and other features are consistently ranked above average. While both airlines are recognised as 4-Star Airlines, British Airways placed 19th in Skytrax’s 2019 ranking of top airlines. Air Canada ranked 31st.

Did you find it helpful? Help us out and give us some social love ❤ Thank you 🙂