The twelve best hotels in Amsterdam for couples 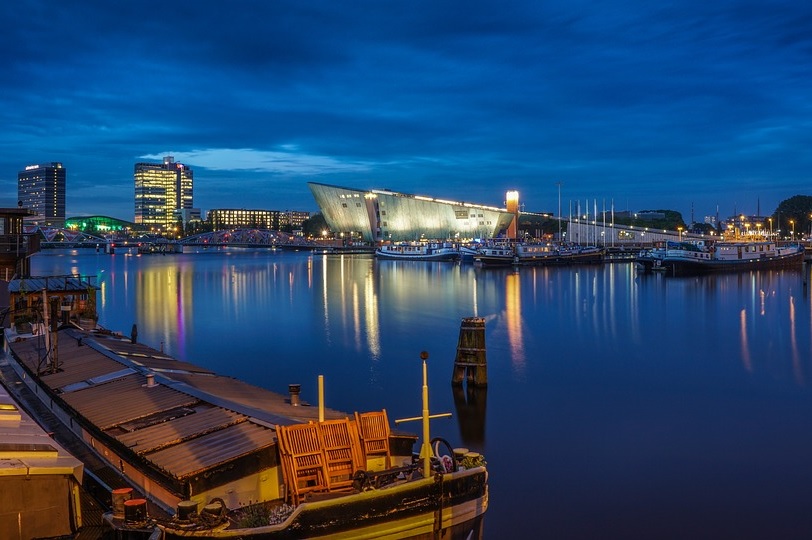 Discover Amsterdam as a couple

Amsterdam is the perfect getaway for a romantic trip with your significant half. It has a lot of fun activities to do, beautiful parks for lovely walks and amazing restaurants.
Amsterdam also has thé best hotels in the country, especially when you are traveling with your partner you are in for a treat. Amsterdam has the coolest, trendiest and most romantic hotels for couples of all age. So without further ado, let’s just dive right in!

The twelve best hotels for couples

1. Canal House
This boutique hotel is build above a Canal and creates the most romantic setting for your couple getaway. From the outside it looks very traditional but on the inside the hotel is trendy and very fashionable. The details in the design are magnificent and you will feel like you are on set of your own personal romcom.

2. De Toren
‘De Toren’ translates to ‘The Tower’ and is one of Amsterdams oldest hotels. It was used as a safe house during WWII and these days it is one of Amsterdams most visited boutique hotels. De Toren has 38 rooms, some come with a jacuzzi. Order some strawberries and champagne and you are good to go.

3. The Dylan Amsterdam
The Dylan is not only a favorite amongst tourists but also under the local Amsterdam crowd. At the Dylan you can find all kinds of rooms with different designs. All equally hip and trendy. The Dylan is also one of the few hotels with its own Michelin star restaurant attached to it. You can wine and dine gloriously without having to leave your hotel. Also a plus: the views on the Amsterdam canals are magical!

4. The Pulitzer Hotel
This hotel is beautiful and all the rooms are amazing. But if you really want to have a great couples weekend spend indoor in your room chose one of the suites with a big large bathtub just next to your bed. It does not get any more romantic than that.

5. Conservatorium Hotel
The Conservatorium Hotel is one of the most trendy hotels in the city. The rooms are great but also the bar, the restaurant, the entire ambience. Some hotels just have that something extra, and in Amsterdam that is definitely the Conservatorium hotel. Everything is always on point. The food, the drinks, oh the drinks- the most delicious cocktails you’ve ever had! Also great for couples: Their in-house Spa. Book a couples massage followed by some relaxing time in the sauna.

6. Hotel QO
Hotel QO is still relatively new. It opened its doors just about a year ago and is definitely the best newcomer in the hotelscene in Amsterdam. The hotel caters to all kinds of visitors but couples have a secret advantage here. The hotel has a skybar and restaurant overlooking the beautiful city of Amsterdam. The skybar has all kinds of secret corners where you can spend some quality time together without being disturbed by other guests. Oh, and their cocktails are to die for!

7. Ambassade Hotel
This hotel is great for those that have a huge interest in luxury hotels. You will feel like you are walking around in the palace of the king of the Netherlands. It is just that luxurious and beautifully decorated. Feeling royal and want to surprise your own king or queen? Book a room in the Ambassade Hotel.

8. Barrio
Barrio is for the young, hip and trendy. It is a cute boutique hotel with just a handful of rooms located near the Jordaan- the most famous neighborhood from Amsterdam. Barrio is in walking distance of the cutest hotspots and musea. Also a plus: kids under eight are not allowed, so you really have to get that babysitter and only will have eyes for each other.

9. De Bedstee Boutique Capsules
When you think about a romantic getaway you would not immediately think about a Capsule hotel but we are here to change your mind. Sleeping in a ‘bedstee’ – a capsule will directly create a cosy atmosphere. Cuddle sessions guaranteed. The space is not that big and you will have to cosy up against each other. Not the baddest thing in the world right?

10. The Heemskerk Suites
If you don’t like the capsule idea but you prefer to have more space, like a lot more space, try the Heemskerk Suites. This is not really a hotel but morel a serviced apartment. There is no roomservice but with a lot of cool dining spots in walking distance and several delivery options available- who needs all that stuff. Just relax and hang out with your love in the privacy of your own temporarily home.

11. The W hotel Amsterdam
The W hotel is worldwide one of the best and fanciest hotels that knows how to cater to their guests. Also to their couples. They have the best rooms and you can order all kinds of couple services and treats to your room. You an also enjoy their award winning spa during your stay.

12. Hotel Jakarta Amsterdam
Hotel Jakarta is also one of the newest hotels in Amsterdam. The hotel is great for couples due to their amazing roomservice options. You would not even have to leave your room to enjoy the hotel. All rooms are beautifully decorated and equipped with everything you could ever want and need.

Which are the best hotels in Amsterdam airport?

Amsterdam Schiphol Airport is one of the best and biggest airports worldwide. It is the perfect airport for travelers since it is a very ...
Read More
Staying in Amsterdam

Visiting Amsterdam solo Amsterdam is an amazing city for solo travels. It is a city where you can get lost and be totally by yourself, ...
Read More
Staying in Amsterdam

Amsterdam is one of the most visited cities in Europe and across the globe. As a result, its hospitality industry continues to expand with ...
Read More
Staying in Amsterdam

Amsterdam is a thrillingly liberal, artistic city that has nevertheless retained its historic charm with beautiful canals and cobbled streets. However, costs can sore ...
Read More
Staying in Amsterdam

To get a more authentic experience, it's often better to stay in a hotel on the edges of a city. Life is a little ...
Read More
Staying in Amsterdam

Eight great hotels near the Vondelpark in Amsterdam

When visiting Amsterdam, what could be better than staying near Vondelpark? It is close to the Museum district, the Leidseplein, public transport hubs, and ...
Read More
Staying in Amsterdam

Amsterdam is a great holiday destination, whether you're looking at a short weekend trip or a longer excursion. There's plenty to see and to ...
Read More
Staying in Amsterdam

Enjoy Amsterdam from a top hotel Amsterdam is an experience in itself as a city. Visiting the always bustling city with its various attractions, endless ...
Read More
Staying in Amsterdam

De Pijp: a perfect base to explore Amsterdam The so-called Latin Quarter, the De Pijp neighbourhood is characterised by narrow streets and a mix of ...
Read More
Staying in Amsterdam

Which are the most luxury hotels in Amsterdam city centre?

Thinking about visiting Amsterdam and are you looking for thé perfect luxury hotel in the city centre? Then we have great news for you. ...
Read More
Staying in Amsterdam

When you think of boutique hotels, you think of certain things that make a hotel pop out and that one thing that makes them ...
Read More